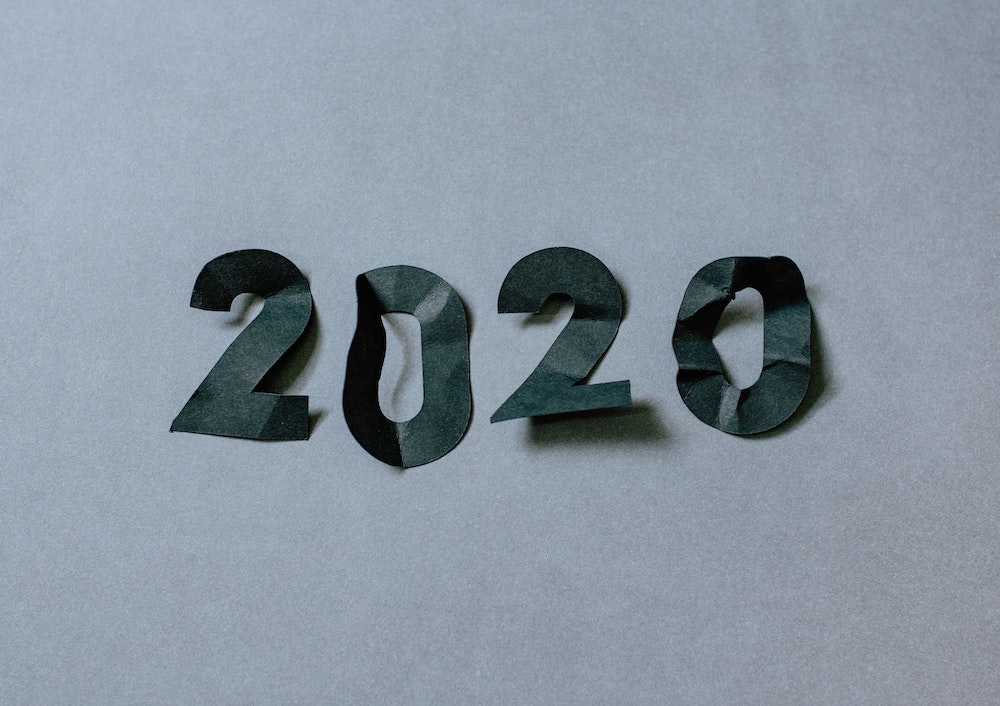 2020 has certainly been a year of challenges and unpredictability. We can’t predict the precise turns that year-end fundraising may take, but we can focus on a few things to do really well. Then, if challenges arise in the final weeks of 2020, we’ll be better prepared to pivot. . Here’s what you can focus on knocking out of the park:

COVID numbers are rising sharply, and lockdowns and restrictions similar to what we experienced in the spring are beginning to happen state by state. It’s important to put the safety of your team first and expect you will be doing and on-air fundraising remotely if you aren’t planning for that already. Getting distance logistics in place now will position you to take on any additional fundraising challenges that arise in the new year.

Your public service - be that news or music - is as important as it has ever been to your listeners. As audiences have hunkered down at home or continued essential work during this time, public media has provided essential information and comfort. Yes, listening patterns have shifted. But the connection is strong. Stay donor-centered in your messaging, and focus on what they have made possible. We’ve crafted some scripts with the message, “we’re all in this together” to help you get started and frame your pitches.

END_OF_DOCUMENT_TOKEN_TO_BE_REPLACED

The disruption in listening and giving habits during the pandemic have made public media online giving and engagement mission-critical.

We know that the online giving experience that we create for donors directly affects the number of completed donations, size of gift, and the decision to give again.

In order to help public media organizations raise more revenue online, our colleagues at NextAfter Institute for Online Fundraising made online donations to 69 public media stations of different sizes across the country, and then observed online interactions for the 45 days that followed.

There were many interesting findings and stats. We organized them into a “scorecard” that also offers concrete and essential ways every public media organization can improve the online giving process in order to raise more money online.

Here are the most important findings that all stations can act upon:

END_OF_DOCUMENT_TOKEN_TO_BE_REPLACED 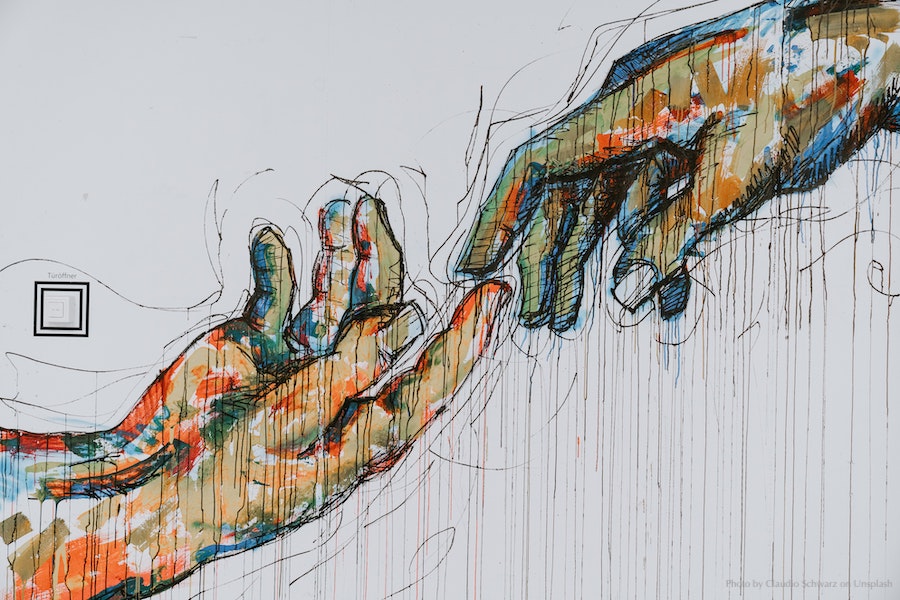 As the COVID-19 pandemic continues to disrupt lives and the economy, many stations are extending their service to the community through collaborative fundraising for relief efforts. This might include supporting a food bank or local disaster relief. These efforts promote the wellbeing of the community and allow donors to make a deeper impact with their financial contributions by supporting two nonprofit organizations at one time. Take care, though, because there are FCC regulations that govern public media third-party fundraising. Here’s what you should keep in mind.

If you’re planning on holding an on-air drive in support of another nonprofit, you will need to request a waiver from the FCC. Typically stations work with their attorney specializing in FCC law to submit the official request in writing or by email.

You don't need a waiver, though, if you are a non-commercial station not receiving CPB funds, and you are not an affiliate of NPR. There are still limitations, mainly that third party nonprofit fundraising appeals that interrupt regular programming can only comprise up to 1% of your total airtime in a year (about 88 hours).

Whether or not you need a waiver, the rules require on-air disclosures at the beginning and end of any fundraising appeal in which the station tells its audience that the money is going to a third-party nonprofit organization, not to the station. For longer programs, the same announcement must also be made at least once during each hour of the program.

END_OF_DOCUMENT_TOKEN_TO_BE_REPLACED 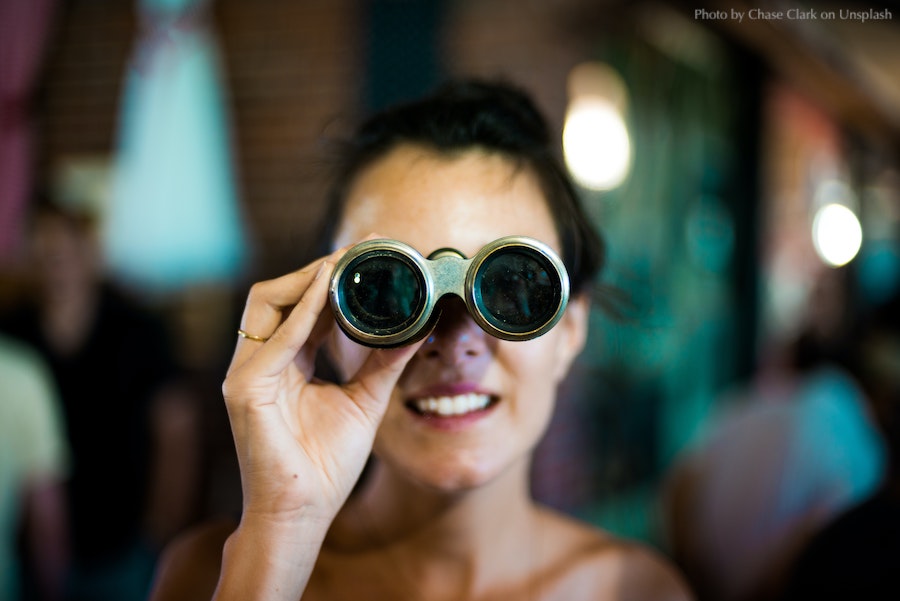 Staying Donor-Centered in a Time of Upheaval

In the last few weeks, each of us has made a complete pivot in all aspects of our lives. In our work, that dramatic shift has upended the even the most detailed annual donor plans, requiring that everyone (including us at Greater Public!) rethink and rewrite scripts, letters, and acknowledgement copy.

What we must not forget is to keep donors front and center in all these adjustments. It can be easy to drift inward and focus on what we need. But when we focus on donors, the framework is always “what you make possible.”

In workshops, I often tell attendees to take off their development hats, and put on their donor hats. Then I ask the following questions: Who are the donors? What do they care about? Why do they use (listen/read/view) this particular station? I invite you to recreate this exercise with your team, adding “In the face of this pandemic…..”

There are three main principles to remember in order to keep copy donor-centered:

END_OF_DOCUMENT_TOKEN_TO_BE_REPLACED 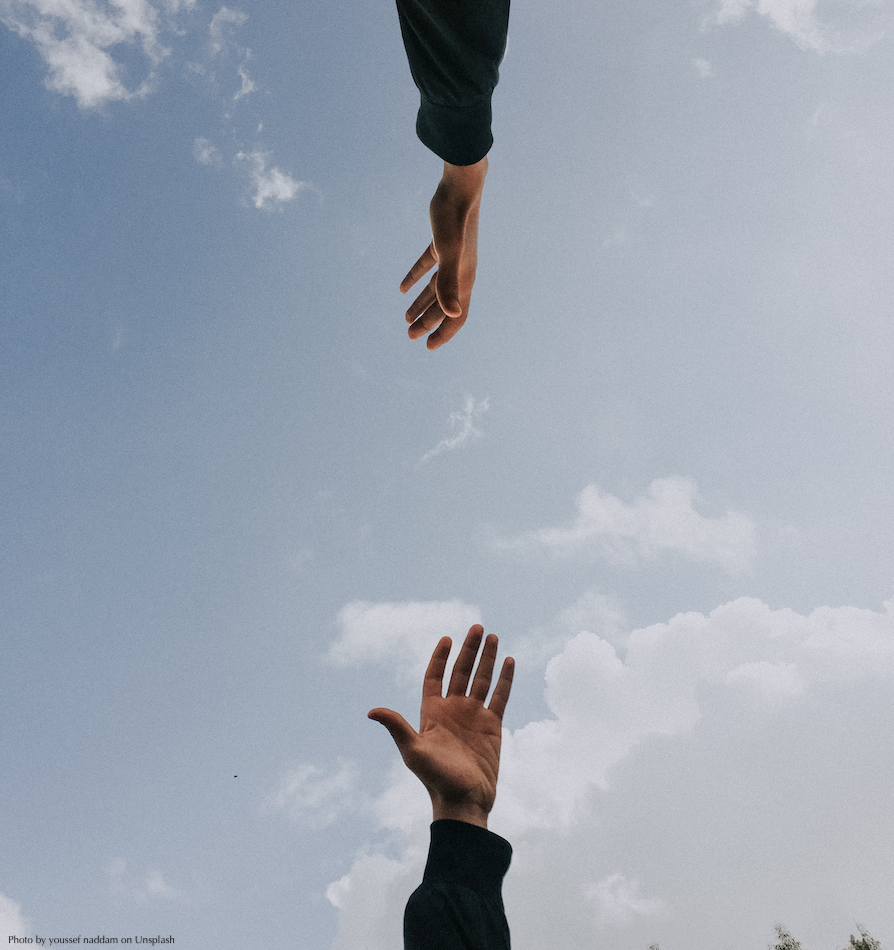 Embrace Sustainers During the COVID-19 Crisis

Sustainers are the engine of membership, and now is the time to demonstrate for your sustainers what it really means that you consider them “partners in membership.” During this time of crisis, it’s essential that you bring your sustainers in close so they know how essential they are to all you’re doing to help your community in this moment.

Transparency is at the core of public media values because it builds trust. Carry that value into everything you do during a crisis, especially with sustainers. Consider treating sustainers almost like board members. Reach out regularly to let them know what’s happening at the station. Direct specific asks toward them. Highlight special upcoming programs they’ll want to tune in for from home. Share insights about recent stories, including photos and first-hand accounts from reporters and hosts about what it’s like to operate virtually right now.

Most importantly, let them know that their support is what makes everything you’re doing right now possible.

Review all existing communication pieces, including acknowledgement letters, declined-card letters, etc. to make sure your tone is appropriate for this moment of crisis.

Make sure you have a staffing plan for your member services phone and email channels. Don’t let queries pile up if staff aren’t in the building to respond as they usually do.

END_OF_DOCUMENT_TOKEN_TO_BE_REPLACED

Data Security - Don't Let Perfect Be the Enemy of Good

The digitization of nearly everything has opened our organizations to new possibilities in how we fulfill our public service mission and communicate with donors. It has also made us incredibly vulnerable to attacks and data breaches that could quickly undermine all the hard work and time we’ve put into building donor and community trust.

“Ultimately, our work as nonprofits is to empathize with our clients and understand how they might be feeling about the information out there. We also need to do our best to make sure that those who don’t understand the risks are taken care of.” Shared Jordan McCarthy, Infrastructure & Security Lead at Tech Impact, a Philadelphia-based nonprofit technology consulting and support organization.

It’s imperative that, as a good steward of your donors’ personal information, you ask the right questions and get help finding the answers you need to understand where the strengths and vulnerabilities lie within your station/organization. So, where to begin?

END_OF_DOCUMENT_TOKEN_TO_BE_REPLACED 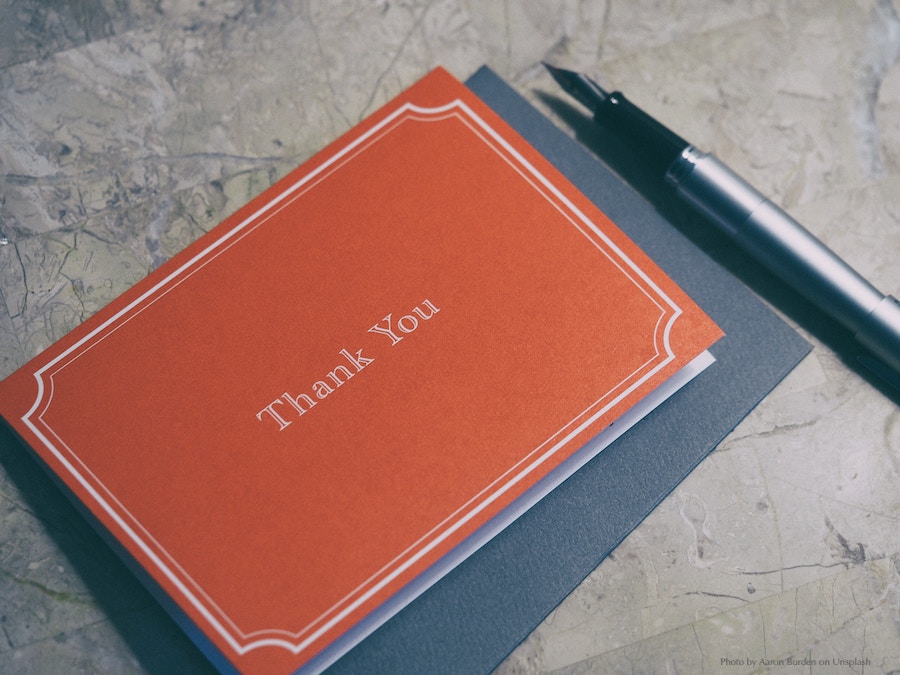 Tips to Prepare Tax Statements for 2019

Year-end is not just a busy fundraising time, it’s also time to start planning for tax receipts in the new year. And while best practice often isn't asking for a gift with the statement, this is an opportunity to thank your major, mid-level, and sustaining donors for a year of support.

As reported for 2018, the Tax Cuts and Jobs Act of 2017 has made no significant changes that should impact the compliance component of the tax statements provided to donors. However, compliance isn’t the only concern. The standard deduction requirements will affect overall charitable giving. Tax experts and fundraisers alike are still watching this unfold two years later. The Giving USA report in June found giving by individuals totaled an estimated $292.09 billion, declining 1.1% in 2018 (a decrease of 3.4%, adjusted for inflation). While this decrease can’t necessarily be tied to the changes in the tax law, it certainly was a part of economic variables and uncertainty nonprofits experienced in 2018.

The strength of public media is that our supporters use and place a high value on the service stations provide. So, with that lens, strengthening that connection by practicing good stewardship is paramount.

END_OF_DOCUMENT_TOKEN_TO_BE_REPLACED 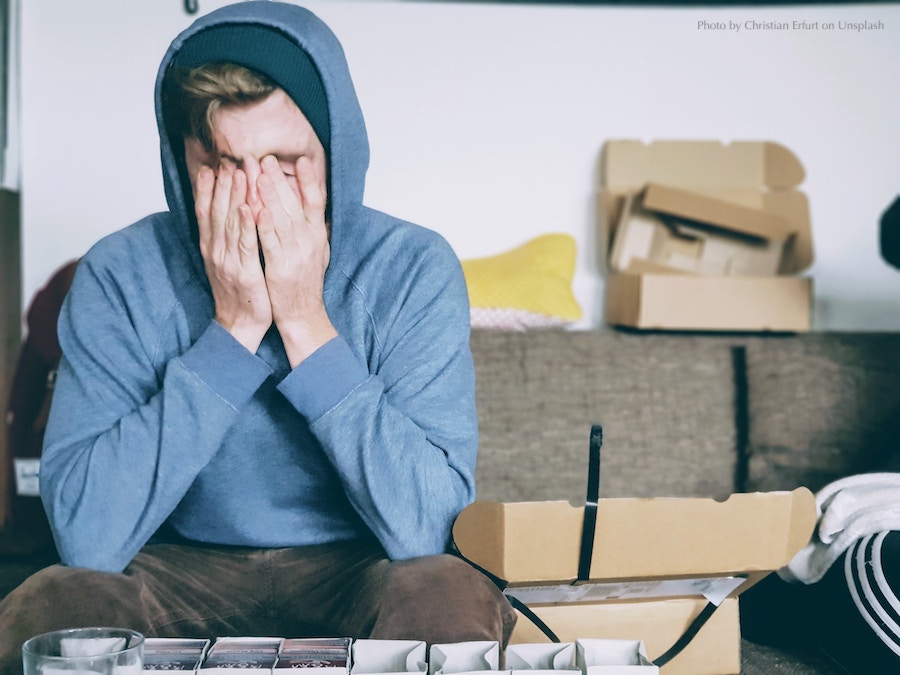 At PMDMC 2019 we joined two experienced allies from the programming world to discuss on-air messaging that can combat the effects of news fatigue and positively engage donors right where they are during the drive and beyond.

END_OF_DOCUMENT_TOKEN_TO_BE_REPLACED 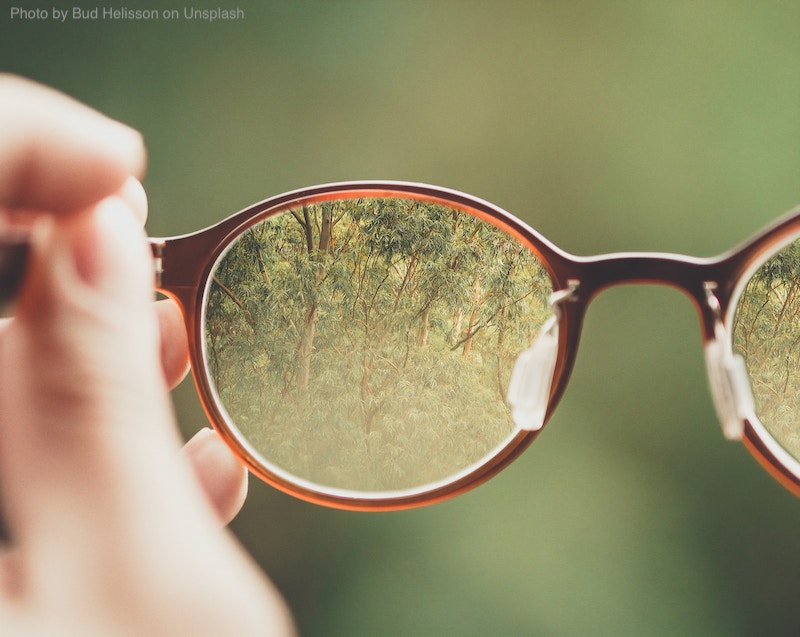 The last quarter of the calendar year (October-December) is a critical fundraising period for stations. With fall drives and year-end giving occurring in these months, the fundraising outcomes are important to the overall success of your program regardless of whether this period coincides with the end of a station’s fiscal year.

Last year, we began hearing a mix of optimism and concern from our members about quarter four of 2018. So we decided to survey stations to learn how 2018 came out, and preview plans for 2019.

END_OF_DOCUMENT_TOKEN_TO_BE_REPLACED

Sending gift receipts to donors is an end-of-year obligation for all stations. Embedded in this task is also the tremendous opportunity to thank your major, mid-level, and sustaining donors for a year of support.

Of course, there’s been a significant change to tax law since you last mailed your year-end statements. However, the Tax Cuts and Jobs Act of 2017 made no significant changes that should impact the compliance component of the tax statements provided to donors.

Compliance isn’t the only concern. We haven’t been able to predict how changes in the standard deduction requirements will affect overall charitable giving. Tax experts and fundraisers alike are watching this unfold. Therefore, it’s even more critical to communicate to donors that they are public radio’s largest and most important source of funding. This message is important year-round, but should be the foundation of your 2018 year-end communication with donors.

As you prepare your 2018 year-end correspondence, here’s what to keep in mind.