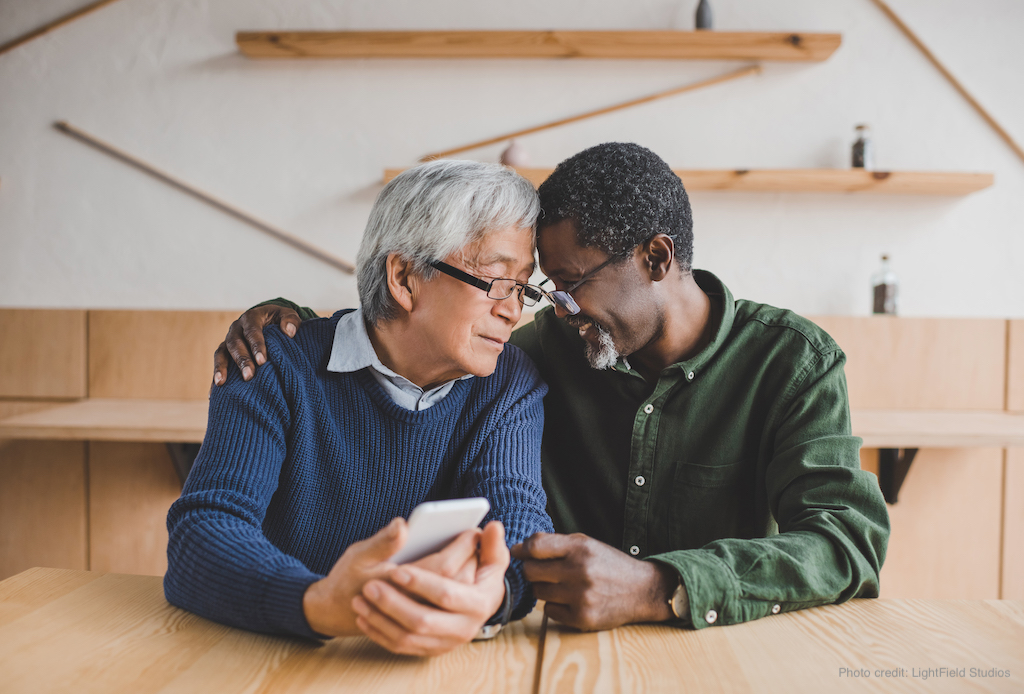 How Public Media Can Create Equitable and Inclusive Content & Marketing

What does equity in media look like?
Are the materials we publish reinforcing or subverting stereotypes?
How can I make sure I’m considering all identities?

These are just some of the questions folks in public media have asked me since my original blog post on Whiteness in public media and my keynote presentation for PMDMC 2020. And it’s why I wrote my first book, Equity: How to Design Organizations Where Everyone Thrives (Sept. 7, 20201, Berrett-Koehler, www.TheEquityBook.com).

As I write in Equity, if bias is the thumbprint of culture on the brain, then media are the inkpad. Media are more than news and entertainment programs; they’re all the content we consume, from marketing and advertising to PR stunts and blog posts. And media are exceptionally powerful.

As media scholar Christopher Bell explains in his 2015 TEDx talk,

In controlling the conversation, media also show us how to behave. Numerous studies by psychologist Albert Bandura and others have shown that people, particularly children, model their behavior off of what they see. This human phenomenon, called social learning theory, is the basis of the work created by Sesame Workshop, the creator of Sesame Street and its international co-productions. Many years ago, I worked as an educational content specialist in Sesame Workshop’s international education, research, and outreach department and saw firsthand the power of media to shape behavior all over the world. Its international co-productions promoted public health measures like handwashing, taught children how to handle difficult emotions like grief, and, in some countries, even destigmatized playing with children with HIV/AIDS.

But this power to influence is not limited to children’s media. As a creator of materials aimed at various segments of your audience, you may inadvertently include subtle acts of exclusion (to use DEI consultant and author Tiffany Jana’s phrase) in the media you help shape. These small decisions may normalize bias and othering and, eventually, dehumanization and oppression. Making matters worse, marketing “best practices” often leverage cognitive biases to achieve marketing goals. Accent bias, for example, makes us trust people who sound like we do over those who sound different. The scientific explanation is that it is less taxing on the brain to understand someone who has the same accent. But the brain then comes to the false conclusion that ease of understanding is equivalent to truth (link). We are more likely to believe people who sound like us because they are easier to understand, not because what they say is truer. But when marketers leverage accent bias to sell products, they encode a cultural bias about who is a trusted authority and who is not.

Savvy and equitable marketers are highly attuned to the cultural and cognitive biases of their target market—and subvert them. My company name offers an example. I knew I could not use my own name because, for many people, Minal Bopaiah is difficult to pronounce and spell and, therefore, difficult to remember. Calling my company Bopaiah Consulting would have made it much harder for me to remain “top of mind” or generate word-of-mouth marketing, which is the most valuable marketing channel. Brevity & Wit is memorable—so memorable, in fact, that clients learn how to spell and pronounce my name correctly.

Media have the power to mitigate bias and promote equity on a systemic level. To help with that effort, NonprofitAF.com writer and speaker Vu Le (pronounced “Voo Lay”) created the REACH equity content screen, which Le allowed me to share in my book. (The full screen, with some of my additions to Le’s version, is available at www.TheEquityBook.com.) REACH stands for representation, experience, accessibility, compensation, and harm reduction -- concepts we should all be mindful of when creating content. Let’s dive into why representation is so important and how to do it without engaging in tokenism.

In 2016, Perla Nation, then a college student at the University of California, Berkeley, shared a story on Tumblr about taking her Mexican father to see Rogue One, the Star Wars spin-off movie starring Diego Luna. In the viral post, she wrote,

I took my father to see Rogue One today. I’ve wanted to take him for a while. I wanted my Mexican father, with his thick Mexican accent, to experience what it was like to see a hero in a blockbuster film, speak the way he does. And although I wasn’t sure if it was going to resonate with him, I took him anyway. When Diego Luna’s character came on screen and started speaking, my dad nudged me and said, “he has a heavy accent.” I was like, “Yup.” When the film was over and we were walking to the car, he turns to me and says, “did you notice that he had an accent?” And I said, “Yeah, dad, just like yours.” Then my dad asked me if the film had made a lot of money. I told him it was the second highest grossing film of 2016 despite it only being out for 18 days in 2016 (since new year just came around). He then asked me if people liked the film, I told him that it had a huge following online and great reviews. He then asked me why Diego Luna hadn’t changed his accent and I told him that Diego has openly talked about keeping his accent and how proud he is of it. And my dad was silent for a while and then he said, “And he was a main character.” And I said, “He was.” And my dad was so happy. As we drove home he started telling me about other Mexican actors that he thinks should be in movies in America. Representation matters.

Representation really does matter in media. And while we have made strides, we have a long way to go. The Geena Davis Institute on Gender in Media, founded by actor Geena Davis, conducts research on media representation of six identities: gender, race, LGBTQ+, disability, age, and body size. In 2019, lead female characters in major films reached parity with male leads for the first time ever. Nearly half (48 percent) of leads in the top one hundred grossing family films were female, double the number in 2007, according to the institute. However, less than 33 percent of leads were women of color. And, while the percentage of lead characters of color rose dramatically over the last decade, White characters were more likely to be portrayed as upper class and as leaders.

In a separate report, the institute found that male characters, though overrepresented, are conscribed to a very narrow definition of masculinity in many films. “Media reinforces the idea that ‘real men’ are self-sufficient, tough, physically attractive without effort, engage in high-risk behaviors, and value paid labor but not caregiving,” the report states. This stereotype harms boys and men because it forces them to live in a constrained space. Most notably, male characters were less likely than female characters to show emotions, including empathy, happiness, and even anger. Given the importance of empathy and emotional intelligence in designing for equity, it’s no wonder we’re still struggling to design systems that are fair and just!

Content creators can counter these trends and their harmful impact on society by allowing male characters to express a full range of emotions. Let them model close friendships, family relationships, and healthy expressions of emotions. Show boys and young men asking for help, particularly from their parents. Avoid depicting boys and men as solitary or as having to go it alone, which triggers the rugged individualist bias.

Representation of difference is also important when selecting visuals for marketing materials, including social media and website images, especially if a brand is seeking to attract audiences of diverse backgrounds. The solution to underrepresentation is not tokenism—the practice of making only a perfunctory or symbolic effort to include people from marginalized groups to give the appearance of equity. I’ve observed that people from marginalized groups can detect tokenism long before people with more centered identities. If you are White, for example, and seeking more racial diversity at your organization, or if you are nondisabled and seeking more representation of disability, then you are likely not a good judge of tokenism. You need people of those various identities to question your efforts and weigh in.

Another challenge to increasing representation in visual imagery is the bias encoded in the search algorithms of many stock image databases. When I type “attractive woman” into Shutterstock, the first page of results is predominantly images of White women. Only a few are of Black and Asian women. All appear to be able-bodied, and all are a similar size and shape. Still, this is progress; two years ago, every image on the first page of results was of a White woman.

But even images of various races and genders can subtly support White supremacy and patriarchal ideas. Brevity & Wit’s new Creative Director Acacia Betancourt runs the Instagram account @SpottingRacism, and she shows how numerous images—from public health posters to product packaging—promote White supremacy by assuming White people are the default. Even in images of multiracial groups, White people are often centered and foregrounded, while darker-skinned people are on the periphery or in the background.

Instead of tokenism, include people of different genders, races, abilities, body sizes, and sexualities in thoughtful ways. Start by involving individuals with those backgrounds in the creative process. Also, consider using stock photo databases that counter cultural biases.

Finally, keep intersectionality in mind during photo selection, especially when it comes to certain dimensions of diversity. Photos representing disability rights are often whitewashed, in that they include only White people with disabilities. These images are also often of people who are cisgender and straight. Disability rights is an intersectional movement, and we need images of people with disabilities that represent the full spectrum of humanity.

Representation is just one facet of inclusive and equitable content. You can download the REACH Equity Content Screen from our Equity Toolkit to discover what questions you should ask yourself to ensure fair and accurate representation in your content. And you can pre-order Equity: How to Design Organizations Where Everyone Thrives to deep dive into the other facets of inclusion and equity when creating content, namely experience, accessibility, compensation and harm reduction.

Bear in mind that equity cannot be achieved in just one piece of content; equity is a long-term effort that must be assessed over a body of work. Equitable leaders are aware of how their media presence either reinforces or subverts stereotypes. They also make sure that all content is inclusive, accessible, and respectful to all populations. Most importantly, equitable leaders know that ethical media creators do not ignore the findings of social science. As we’ve discussed, social science has long documented the psychological and societal impact of the media. Equitable content creators harness those findings to co-create a more equitable world.

Minal Bopaiah is the author of Equity: How to Design Organizations Where Everyone Thrives. She is the founder of Brevity & Wit, a strategy + design firm that combines human-centered design, behavior change science and the principles of inclusion, diversity, equity and accessibility to help organizations transform themselves and the world. Bopaiah has written for the Stanford Social Innovation Review and The Hill and has been a featured guest on numerous podcasts and shows, including the Kojo Nnamdi Show on WAMU. She has also been a keynote speaker for many conferences, inspiring thousands with her credible, authentic, and engaging talks. For more information, please visit https://theequitybook.com.