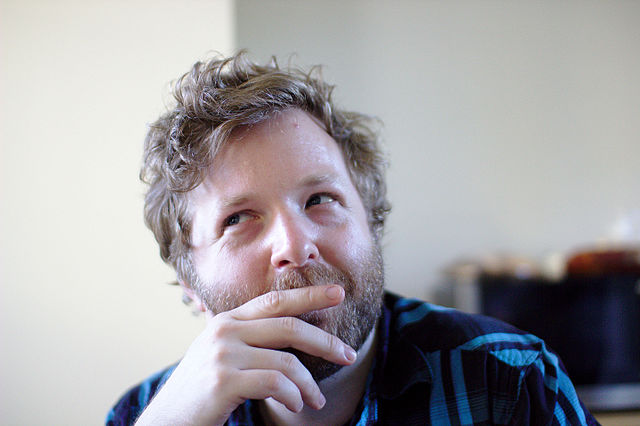 How to Handle Common Objections to Digital Sponsorship

Just like with other advertising platforms, underwriters who are considering digital sponsorship can have recurring concerns that prevent them from signing deals, whether they are skeptical about digital advertising in general, or perhaps have unrealistic expectations of what digital marketing alone can achieve.

It's not uncommon to hear that underwriters have concerns about digital in general, or feel their click-through rates are too low. These underwriters may be accustomed to cheaper CPMs, and may have a dislike or distrust of mobile media.

Although digital is known to be effective and generates a massive amount of underwriting revenue, some underwriters have general concerns about digital and hesitate to allocate a portion of their budget to this type of sponsorship. These are usually underwriters who have a lack of personal experience with buying digital.

If a potential sponsor believes digital isn't as effective as traditional media, try sharing relevant examples and success stories. We recommend showing examples of competitors running digital ads; MOAT.com is a website that provides insights into where advertisers are running their ads, and can be a good source for advertisers, for example.

Reps can also share some results from other underwriters based on existing campaign reports, either pulled from your ad server and/or with help from your digital team. For example, you could say something like, "One of our underwriters just received X% boost in homepage traffic after running a banner ad with us." Reps can also point out that digital is a great reinforcement of traditional ads. In addition to reinforcing ads, digital can also be a good tool for reaching new audiences. You may want to focus on a number of unique visitors or listeners that your site engages. For example, you can say something like, "Our mobile site gets 20,000 unique visitors each month. I'd love to get your message in front of them."

Response: Don't Just Take My Word for It

The underwriter may also feel nervous about making mistakes, and could be letting that fear prevent them from trying digital out. It might help to share that your station adheres to standards like those set by the Interactive Advertising Bureau, or IAB. This way, they don't have to worry about your site being poorly run.

You can also share that a far-reaching survey by the IAB found exposure to digital banners was effective at generating brand awareness. Explain that skilled digital buyers buy multi-channel advertising and see it as a best practice. In fact, multi-channel advertising is important in effectively delivering messaging, and is a major trend that industry experts believe is critical.

Response: Get Close to the Real Thing

You can show the underwriter the ad placement on your digital properties. Sometimes calling up a website and looking at ads together can make the underwriter feel more comfortable.

Concern: Has my Digital Campaign Been Effective?

At the end of an active campaign an underwriter may point out that the click-through rate on their campaign isn't what they were hoping for. This is a problem that happens with almost every major publisher on the internet, so it pays to be prepared.

Most digital experts would actually argue that click-throughs are a surprisingly inaccurate metric for measuring success of a campaign. In reality, not that many people click on ads. Those who do tend to be younger with less household income.

Other statistics like hover rate, interactions, and the overall volume of impressions have actually been shown to be a significantly higher measurement of how a brand is lifted by a campaign. Unfortunately, hover rate and interactions aren't available on most websites yet. Until they are available, account representatives have to be ready to explain why clients shouldn't focus too much on CTRs.

According to studies done by groups like the IAB, most of the lift that comes from an effective ad campaign doesn't actually result in a click. Users are surprisingly more likely to do product searches on a search engine like Google, visit the company's website directly, or even just drop into their store.

It may help to - at the beginning of a campaign - proactively recommend that the success of your campaign be judged off increases by things other than CTRs. For example, you could recommend measuring the overall site traffic, increases in relevant search terms, in-store purchases, or even newsletter or social media mentions.

In addition to talk to your client about why CTRs aren't great measurements, it may also help to tune your campaign. If an underwriter is raising concerns about their CTRs, you could test multiple creatives to see if the CTR increases. Sometimes, even nice-looking ads just don't resonate with users. Ineffective creative can actually be one of the largest contributors to a poor CTR. Testing a couple of different creatives might help you find an option that seems to resonate better with your audience than the other choices.

It can also help to refresh the creative on longer-running campaigns. Sometimes, audiences will get used to seeing an ad, and they may just filter it out of their view. This is more common with campaigns that are run for several weeks or months. Finally, if your campaign is running on several different ad placements, you can look to see where it's performing well, and suggest shifting impressions.

Be aware: tuned campaigns often shift an underwriter to the more high-end placements on the website. By shifting one or a couple underwriters to these products, other campaigns may actually begin to perform worse. Because of this and the amount of work involved in analysis and re-trafficking, we recommend that stations use some common sense about how aggressively they pursue tuning for a client.

There is no shortage of junky, low-quality sites on the internet, and most of them sell their ad inventory at very low costs. While the quality and effectiveness of their ads may be low, some buyers will unrealistically expect your site to offer similarly-priced ads.

Be ready to talk over why your inventory is worth the increase in CPM.

Before you discuss digital with the potential underwriter, look them up on MOAT and see what they're running. If they're running ads on random national websites, they're probably buying on ad networks or programmatic channels. In this case, be prepared to point out the weaknesses of programmatic. If they're running on websites that are local in nature, you can visit these sites before talking with your client. You may be able to prepare some talking points around the site quality or the makeup of their audience.

You can also point out that more impressions are needed with inexpensive sites in order to have the same effect as on yours. If they're using programmatic, it's susceptible to fraud. Additionally, inexpensive sites have audiences with lower affinity for their brands. This means that advertisers will need to buy more ads in order to have the same effect. Similarly, most cheaper websites are busier and have more ads than public media sites, making their ads, again, less effective. Perhaps most importantly, inexpensive sites usually can't offer ads synchronized across different types of media, like radio or television, or even other digital ads.

With the real-time metrics that digital allows, many clients expect measurable results instantly. As a result, local businesses may have convinced themselves that increasing the digital spend is the best way to achieve measurable results online.

Response: Digital Works Best as Part of the Right Mix

Traditional media continues to have an extremely important place despite the rush to digital by some advertisers. Research shows that traditional media drives digital goals and there is a different mix of media required (social, print, radio, email, etc.) to maintain current business as opposed to acquiring new business. There is also research to support the idea that too much frequency on a single platform can lead to diminishing returns. The more platforms, the more effective the media buy, and the bigger the return for the client.