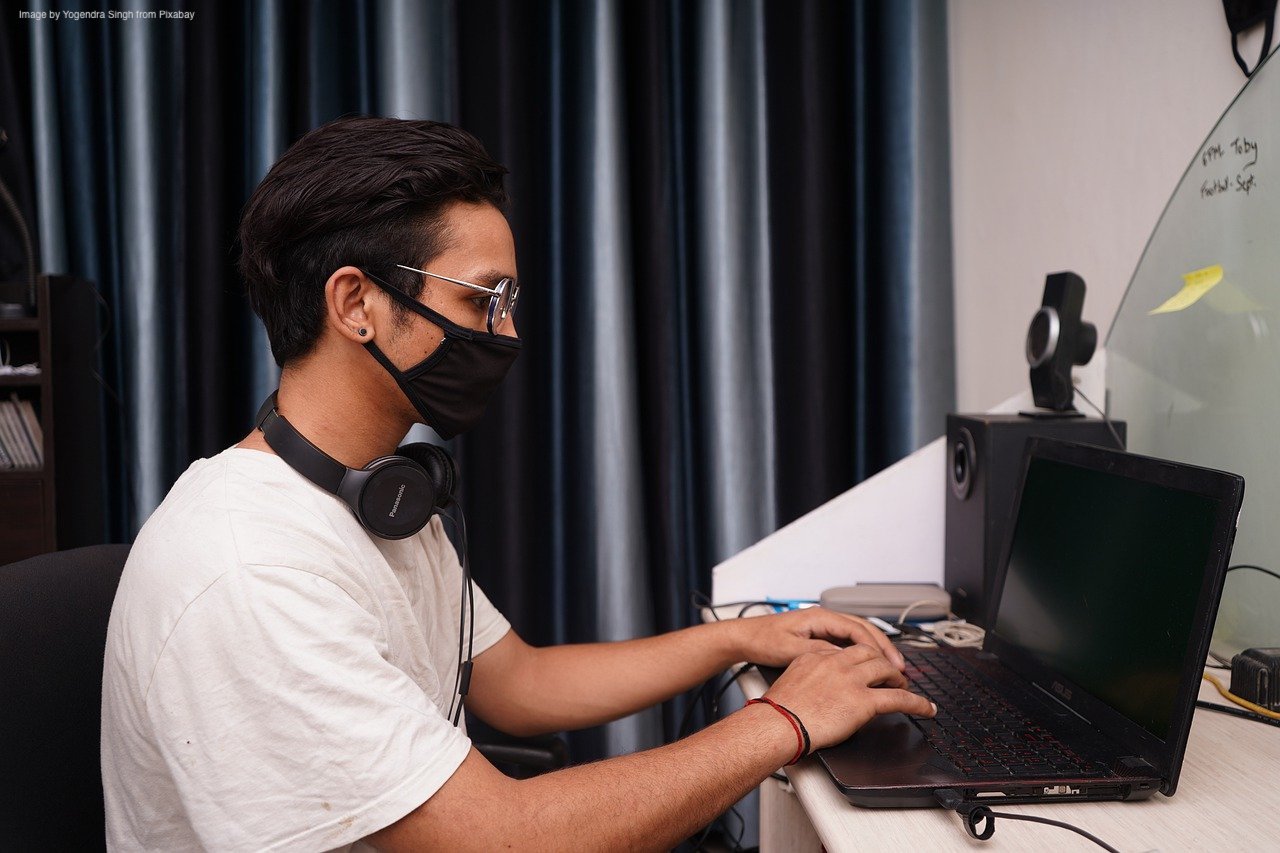 As organizations wrestle with the question of whether or when to return to in-person workspaces, public media leaders are aware of the seismic changes that have taken place since their teams filed out of buildings in March, 2020. Some employees have endured great hardship and loss. Many have altered perspectives on work-life balance. There may not be consensus about what constitutes a safe return. And our nation’s wider public consciousness about race and racism demands our attention.

Greater Public: Have you settled on plans to return to in-person workspaces? 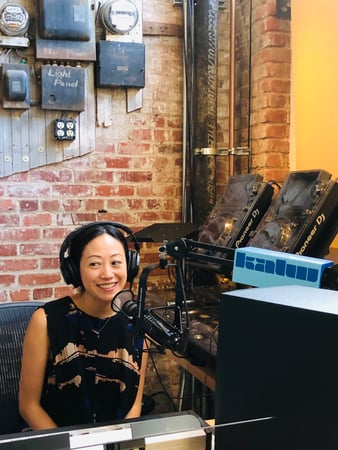 Tina Pamintuan: After we sheltered in place for much of 2020 and into 2021, we put out a survey to understand what was positive about working from home and what had been hard. We’re developing a plan from that feedback. We will likely return to work with a hybrid situation because we know that people do want to see each other, and being in the same space makes a difference.

We want to accommodate people’s comfort about returning; they want to know that the other people in their workspace are vaccinated [for COVID-19]. We will require that volunteers and staff be vaccinated, but there are conflicting opinions about how to work with interview guests.

We are also going through intense cultural change right now which has its very real challenges, especially when working remote. Still, in many ways, we have a happy workplace, where people celebrate each other’s successes. Spontaneous dance parties occasionally break out—even on Zoom. Our newsroom has a barbeque that is well-used when we are on-site. 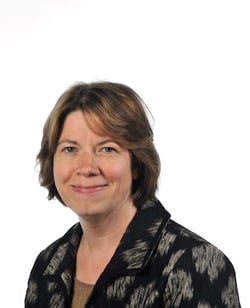 Debbie Hiott: We made plans to come back in September, and then pushed that back. Then our [affiliate] university required that we come back by September 16, which we have been able to change to October 1. We’re part of a state agency and our [state] government doesn’t want things shut down. Legislation was passed in Texas that forbids us from asking about people’s vaccine status and we can’t require mask-wearing. Our university went to a flex work system, which is something I’d been wanting to do at KUT even before the pandemic, in part because our content floor is bursting at the seams. Both our music and news teams have experienced a lot of growth over the past five years.

Flex work allows for people to coordinate working outside of the office on some days, so we’re setting up hoteling desks and the team is excited about having that flexibility. I think [whether or not we return fully in-person] is a business continuity issue. The Delta variant has shown us how precarious things can be. I’m [at the station] a few days a week and about 50% of students [at affiliate University of Texas at Austin] are wearing masks. The vaccination rate in our county is about 67%, but that doesn’t capture the rate among students who come from other areas in Texas whose rates can be lower than 50%. We try to stress to our university that we need to protect our on-air staff. Even though they’re vaccinated, illness could take them away from their jobs for days.

GP: What has been the impact for your organizations of how intertwined our work and personal lives have been over the past 18 months?

DH: Despite the fact that people were dealing with difficult issues, we did great work under those conditions because we were flexible with each other and we gave one another grace. From 2020-21 our music station went up in share and despite constantly dealing with breaking news, our newsroom did really well and membership went up. I hope the experience will take some of the rigidity out of how we view one another.

TP: We also had a difficult 2020-21, and it was a really productive time too because we launched a lot of new initiatives. Having so many unknowns allowed us to be human with each other and to trust one another. You never really know what another person is going through. On Zoom people were sharing more of their lives and we were seeing each other’s lives in the background. That ended up knitting a remote team together. We were fueled by our ability to be more human with one another.

GP: Many have said that 2020 brought about a new racial reckoning for our country, but much of the change remains to be seen in our organizations. How are you viewing the need for change?

DH: Before 2020, we were an organization that had cultural issues and we had to work through a lot. When I started in 2019 we brought in the Maynard Institute to do bias training for the whole organization. What happened last summer really accelerated our sense of urgency about [our DEI work]. We’d made it a strategic priority and recommended that it be our top strategic priority. Oddly, the way we were convening conversations - as Tina said, we were all in each other’s homes - it added a level of intimacy. Some of those conversations might have been harder to have under the harsh fluorescent lights of work. The conversation we’re having now is how we push leadership to make this a priority while leadership is filling other buckets. If leadership isn’t held accountable, it will start to slip.

TP: Public media has been going through these questions for quite a long time. Last summer pushed something to the fore across the country in every industry. It started to be a centered question for each of our organizations, and that created palpable energy.

KALW has a reputation as an equity-driven organization. We had key things in place: Our major public affairs show has been tracking the race, identity, and sexual and gender identity of interviewees for years, and our training programs always brought in new voices and perspectives, but you’re never done. We realized that we needed actual benchmarks because benchmarks allow us to see what we need to put more budget behind. That’s a struggle for an organization that has a lot of revenue considerations, and we’re still working on it. But we recognize that benchmarks and budgets give DEI work its shape.

GP: Tina, you spoke publicly to your audience and community about experiences you encountered with a school board member of your license holder who made racially charged comments.

TP: I’m not someone who’s inclined to be public with my story, but the summer of 2020 made me take a step back and realize the extent to which I’d felt marginalized in my career. And how that could be powerful as a testimonial for other people.

When I come into a leadership position, I try to focus on how I’m making things better for the people who come after me, including and especially women of color. There are so many instances of questioned belonging, moments when a person might feel “this isn’t my space.” A lot of people feel this in a quiet way. Our everyday actions either let people in or they don’t, which leads to who we are able to keep in the industry and who we lose. Mine is just one story that’s frankly not very extraordinary. But I had to model behavior that might allow stories to come to the surface. Our industry needs to know what those experiences are like in order to create genuine cultures of belonging.

DH: What made [Tina’s story] so powerful as an example for other leaders to see is that there’s the myth that a person who shares their story of [not belonging] says that because they’re a bad employee. She spoke up to say this was experienced routinely by People of Color across our industry. This isn’t about being a troublemaker. In fact, you can go back and see that the trouble starts when a person is excluded and dismissed and treated abusively. Tina’s saying that was so powerful because she is one of us - she’s a star - and she’s had these experiences too.

GP: Debbie, the Texas state legislature has been in the national spotlight consistently this year. How have you managed that coverage while also covering other important local stories all during a pandemic?

DH: It has been relentless, and we have frequent conversations about it. As one of the bigger stations in the state, we’re helping with The Texas Newsroom collaboration to tell stories nationally through NPR.

I’m very fortunate because my executive editor Teresa Frontado - who was hired five weeks before we all went remote - has a lot of experience coming from Miami covering emergency events like hurricanes and protests. She set up good safety protocols early on. She also sets a tone of putting people first.

She’s worked with [our newsroom] to balance all of the news, while also helping editors in different areas admit that there are some things we’re going to have to let go of in order to take care of ourselves. Yes, we need to cover these issues, but we also need to be there for our employees too. We’ve also had help from the music team on some of the stories we’re telling. So we’ve managed with a few things: more collaboration, great newsroom leadership, and the admission that we’re not going to do everything we were doing before.

GP: You’ve both had to take risks and really trust that your teams could respond. What have you learned about leadership that you will take forward?

DH: I was in my job for about two years before the pandemic started, and was a bit in the shadow of our previous leader who’d been here for 20 years and made a lot of great moves. The pandemic helped me realize that I could lean into myself as a leader instead of who he was. The crisis situation allowed me to show what my leadership style could do for the organization and allowed me to bond with [my staff] to move forward. It’s crystalized that my style [of leadership] is the right style for the organization at this time.

As I feel more comfortable leading how I want to lead, and the organization also feels more comfortable with that, then we can take more risks and do more together. That’s a pandemic silver lining.

TP: I’m in the middle of taking a big risk now. In December, I’ll start [as CEO] at St. Louis Public Radio, which I’m really excited about. I love KALW but it was time to go as GM.

The risk piece is that, with the blessing of my nonprofit board, KALW Public Media, and the license holder, San Francisco Unified School District, I’ll be working with my team to explore remaking the leadership structure at KALW. We’re in a liminal space as we co-create that structure. I thrive in liminal spaces, but that’s not true for everyone. It’s important for me to be conscious of that and help bring people along, and respect their comfort levels. We’re using design thinking to reimagine the GM position to be better -- and safer -- for the next person to occupy. Ultimately, the idea is to share leadership among a few positions in our organization and center staff voice in key decision-making through team norms and feedback loops.

This is an exciting move for the organization, because the GM role at KALW has historically been a fraught one—caught between a management structure that has little time for the operation of a radio station, an elected board that shouldn’t be tasked with resolving issues for the station, and a community with historical baggage around the GM role. I felt I had pushed the position—as it exists now—to its limit.

Sometimes the decision you have to make is one of the hardest: It’s to remove yourself from your organization. It’s an act of leadership to know when and how to leave.