In October, the member services department at WUOL Classical in Louisville received a listener letter objecting to the station’s increase in music by Black composers. The letter stated that the anonymous writer - a self-described long-time donor - was discontinuing their support as a result.

Member services shared the letter with Daniel Gilliam, WUOL program director and director of radio, who decided to read a Statement to a Racist Listener on-air, stream it on Facebook Live, and publish the statement online. We asked Gilliam about this response from the station, and about the larger anti-racism work being done at WUOL.

Greater Public: What was your reaction when you received the listener letter?

Daniel Gilliam: I don’t think any public radio station is a stranger to receiving negative or controversial letters, particularly around race. Whether it’s someone complaining that a triple-A station is playing too much hip hop, or that they dislike someone’s way of speaking or the coverage of race on a news station. But at a classical station, we’ve been largely immune to these kinds of letters because, historically, classical has not been a very diverse format. There are some people in the classical radio world who are coming to terms with that and being proactive to change it. It’s something I've been trying to work on at WUOL.

When the letter arrived, it did a couple of things. First, it signaled that somebody is noticing that we’re playing more composers that aren’t white. I wondered how they knew; did we say on-air that this is a Black composer, do they know enough about the music to know which composers are Black, or did they Google the composers to see who was Black and who was white? I had questions about why that would catch their attention. But I’m glad it did, because I want more people to recognize themselves in the music we play on WUOL. And we still have a long way to go.

But the writer of the letter also said they wouldn’t be supporting the station because we’re playing more Black composers. We often get letters at stations that threaten to discontinue support and we let them roll off our backs. But this one struck me for how explicit it was. And it angered me quite a bit. We say “listen to relax and escape” and all is fine in the world. But when you encounter a listener who’s an avowed racist, it kind of shakes you. This is not “peaceful let’s-all-get-along” listenership.

I realized I didn’t want to publish the letter and shine a light on this person’s viewpoint, or create a space for dialogue about its content. It was racist, plain and simple. But we have a platform to reach tens of thousands of listeners. So I decided to write a statement to read on-air and post the statement online. At the eleventh hour I decided to stream the statement on Facebook Live as well.

It all came about rather quickly. I wrote the statement. Stephen George read it and approved it without a lot of changes. It didn’t have to be run through a committee or approved by the board. I did read it in our managers meeting and asked for feedback if anyone thought I was off the mark, but what I read were largely my words.

GP: What response did you receive?

DG: I figured people would respond to it both positively and negatively. If we were getting this letter, surely there were other [listeners] like this. I was a little nervous about it kicking off a storm among listeners. But I didn’t expect the reaction to reach so far. It wasn’t just noticed by our listeners and fellow public radio folks. I started getting texts from people who I hadn’t talked to in a long time saying they were proud of the station for standing up. We got lots of donations from all over the country. That’s not really the point. We appreciate the support. But the important part was to say something definitively so there was no doubt that this is something we will not accept. But the response and feedback were largely positive.

GP: How did your response connect with the DEI work your station has been doing?

DG: We are working to reckon with our own racist past, and with the killing of Breonna Taylor there's been an increased focus on racism in Louisville. But our statement was in line with the DEI work we’re doing as an organization, and it didn’t feel like a big step for us, but it was an important one.

Since last year we’ve been meeting monthly with a DEI consultant named Dr. Matisa Wilbon from Atlanta. We spent the first year listening and learning. And this year we’re looking at how to implement what we’ve learned. We’re working to better use this megaphone that we have. We’re going to release a DEI report that reflects on the role we’ve played in systemic racism, and as gatekeepers of news and music. We’re also publishing statements about the action we’re taking to improve the diversity of our staff and board. We see it as work we need to do to be a better organization for our community.

The one thing that’s been important for us as leadership - something I’m very proud of - is how unequivocal you have to be. A lot of nonprofits, especially those that rely on wealthy white donors, have tiptoed around the issue of racism because they don’t want to upset donors. What’s been clear at WUOL is that if you disagree with our stance on anti-racism, then we don’t want you to be a part of this, no matter how much you give. That unequivocal response has to be a starting point for this work -- one of many.

GP: It seems leaders are recognizing many reasons for this work, the moral imperative of it, but also the business case for it.

DG: If you’re worried about losing money because of a moral stance, then maybe you’re not taking a moral stance. If you’re making one statement but privately saying “I hope we don’t lose donors,” is that a moral stand, or is it just trying to earn cred?

I don’t think there’s any proof that by taking a stand against racism that you will lose funding that you can’t make up in some other way. I don’t know how much this anonymous listener was giving a year, and other donors stepped in. But you don’t make a statement like that in order to get donations. I’m proud we have an organization that is supporting this work from the top down. I don’t have to tiptoe around it and fight for approval. We do have a long way to go, but we’re doing the work.

GP: Is there anything else you’d like to share with your colleagues who are also engaging in this work?

DG: I don’t think stations should be going through listener mail looking for vile letters to respond to. The statement is not really what this is about. Whatever DEI work you’re doing - and if you’re not, you need to start now - has to be grounded in a personal belief that we have to be anti-racist in our work. We’re part of a racist system and have been for a long time.

Every year at PRPD there’s talk about hiring more people of color, and the system never seems to shift very much. I’m not holding WUOL up as an example, I count ourselves as among those stations that are slow to change, because the truth is white people want change to be comfortable. Antiracism is going to be uncomfortable for white people. We need to embrace that state and move forward. If you’re not doing the work, you need to step aside and let someone else lead. There’s no room for subtlety right now. 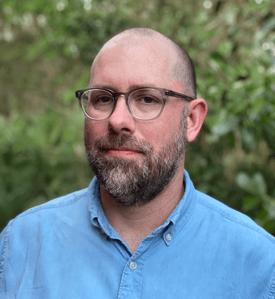 ← Previous PostStrategy Is Not Enough: The Importance of Changing the Culture of Public Media Next Post →Finding Focus for 2020 Year-End Fundraising