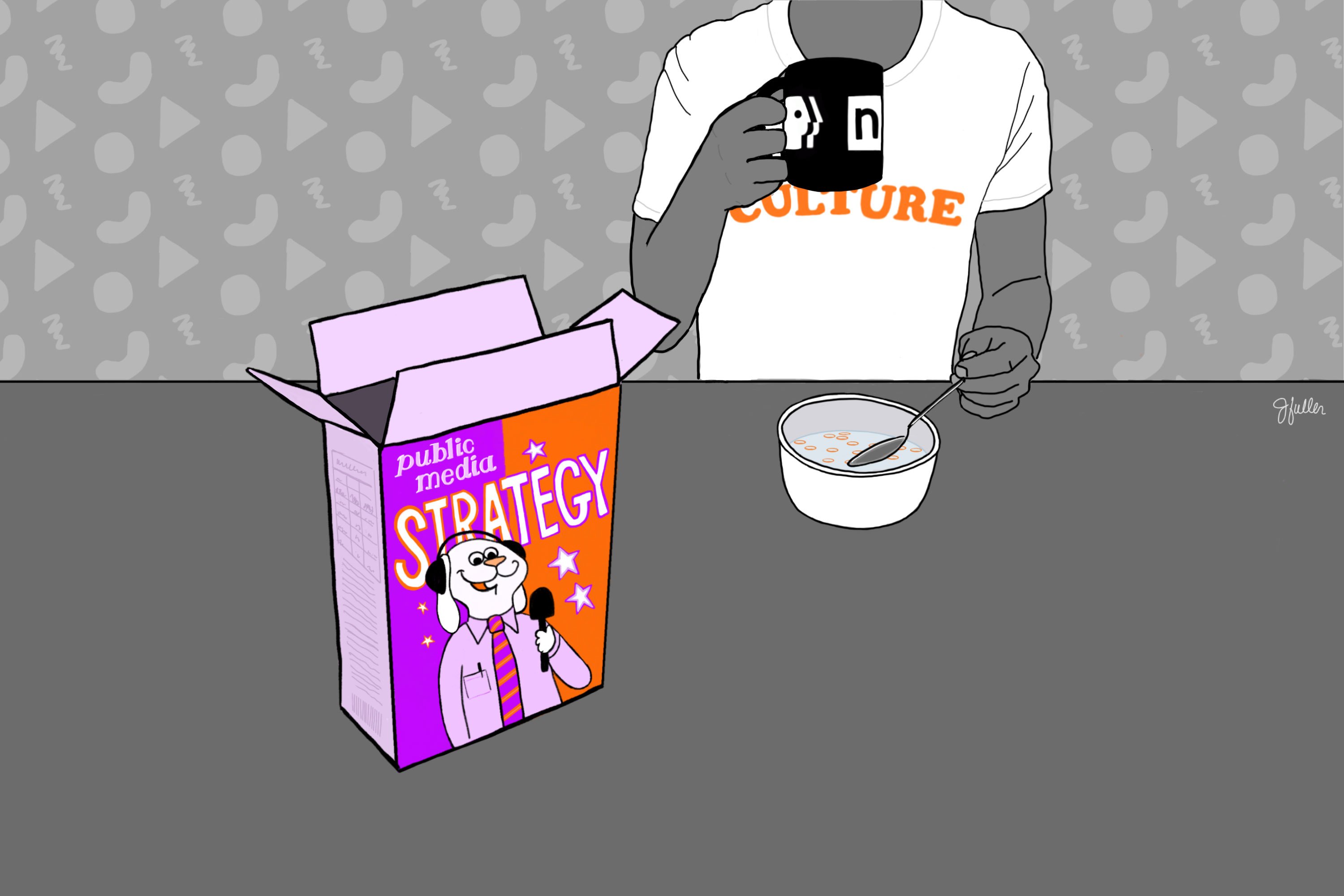 Strategy Is Not Enough: The Importance of Changing the Culture of Public Media

Once in a meeting with a senior manager of a station I worked at, I was discussing why I felt that the structure and culture of the organization could do a much better job of fostering respect, empowering innovation and providing psychological safety to its employees. Though new ideas were often seen as threatening and feedback was rarely well received, I was daring to speak up because I believed that these changes were imperative for creating the collaborative spirit of innovation needed to ensure the long-term survival of the station.

Well into the conversation, the manager said, “you know, you’re in a tough spot.” Immediately, I thought of a dozen different things he might be referring to, but, not wanting to assume, I asked him to elaborate. He explained that even though I had been working there for almost three years, I still had to prove myself.

This was an organization where people were often shamed for being “too sensitive,” and fear of perceived failure routinely drove management decisions. Perhaps he meant to be helpful by suggesting that if I only kept my head down and worked hard there for a decade the other senior managers would finally take me for my word and respect me. But I went back to my desk and cried.

In that moment he’d confirmed one of my darker fears about our industry: Our overwhelmingly traditional, white, patriarchal culture is killing public media.

As a younger woman of color, I must constantly prove myself in most aspects of my life. There are not welcoming spaces or empowering roles that already exist for me, even in an industry like ours that’s presumed to value openness and diversity.

Women are expected to be caring cheerleaders, and take on the majority of office housekeeping chores regardless of their rank. I recall a station leadership training in which the outside consultant remarked in a sad and shocked tone that only female managers had stayed after to put the conference room back in order. Moreover, Asian women are expected to be demure, dutiful and hardworking. I have often heard that people are surprised that I’m so outspoken, and I can see the cognitive dissonance play out on their faces when I do not fit their stereotypes. When they struggle to make space in their minds for who I am as a unique individual, that is often when they start acting coldly towards me, and our work relationship becomes strained.

When we presume that the way we see the world is reality, or that our perspective is the way that most other people see the world, our thinking and behavior become biased. And when we place a high value on competition, hierarchy, and secrecy, we create a white and patriarchal culture in organizations. This takes a toll on everyone, especially on women and People of Color. I’m expected to meet people’s gendered expectations of me while simultaneously defying racial stereotypes and juggling the emotional labor of it all, while somehow carving out a place that feels right for me. It’s exhausting, and sometimes I admit that it leaves me irritable and impatient. When my emotional bandwidth is that taxed, it is truly challenging to bring my best self to work every day.

A couple of years ago, I was recruited to lead a small station. I knew that two older, white, male employees already at that station were also applying for the job. How would these longtime, senior, white, male employees react to having a younger, female, Asian boss? In an interview, I asked management if they had ideas for how to address possible retaliation.

Their response: "We’ll fully support you or whoever is hired.”

No policies. No practices. No plan to discuss it with the older, white male employees. No previous examples of how such a situation has been addressed. They knew they had a diversity problem and innovation issues, which is partly why they were recruiting me as a qualified candidate, but they weren't implementing a culture that would enable me to thrive, or possibly even survive. The message to me, as it so often is to those on the receiving end of bias: "We say we want you, but our actions demonstrate you're on your own. Hope you're strong enough to stick it out."

This desire to be in an environment that makes it even a little easier to bring my best self to work has begun to play a significant role in my career decisions. That’s why I ultimately decided to not apply for that station leadership role I was recruited for. I want to work in a place where I can focus on advancing public media and exploring the innovations needed to ensure the future of the service for all. I will not waste a couple years and a massive amount of energy trying to prove myself to people who are committed to keeping things the same, and aren’t demonstrating an interest in understanding or respecting me.

I’ve been in conversation with BIPOC public media professionals from around the country for the past two years who have shared story after story of the same untenable work circumstances. Many of the stories I’ve heard privately are now public, and have caused a string of station leaders to step down or retire.

Some of these leaders professed to wanting a more diverse organization. Indeed, across our industry, managers are saying they want women and People of Color holding leadership roles. But they are not enforcing accountability for bullying or discriminatory behaviors. They are not modeling the value of courageous, vulnerable leadership. They are not making space at the decision-making table for more voices. They are not willing to have a transparent dialogue with the communities they serve about equity. They’re not requiring white and male staff to dismantle their own biases. They’re not creating space for people at all levels to offer input or feedback that will actually be put into action. Instead, they are hiring more diverse staff at entry level positions with no real power, and telling them “we hope you’re strong enough to stick it out, and maybe, if you last another decade, we’ll finally have an inclusive culture and service.” As Peter Drucker famously said, “culture eats strategy for breakfast.” If we don’t implement the policies and practices that build a culture of inclusivity, such a culture is not ushered in with a few “diverse” hires.

I think back to my interview at that small station. What if, instead of signaling that they’d made no efforts to build an inclusive culture, they’d responded differently? What if they’d said, “Even though it takes a lot of courage, we talk openly about race- and gender-based biases with the goal of healing wounds and doing better.” “We embrace a growth mindset and we’re not afraid of failure.” “We’ve done a number of things to improve DEI, we know we need to do more, and we’ve committed time and funding to ensure this work continues.”

The imperative for building this kind of workplace culture is not simply to make people feel better. Stations’ very survival depends on it. Recent nationwide protests are an excellent reminder that a younger generation - our future audience - is incredibly engaged and passionate about racial justice. When America is on track to become majority BIPOC in the next 10 to 20 years, and many stations have an overwhelmingly white audience, the need for change has never been more palpable or essential. We are running the risk of becoming irrelevant, death by inertia for an industry that was founded on the eternal mission of using public resources like airspace, and now digital space, to serve the public.

What could have been achieved if all the energy that’s been sucked up by negative, shame-based, toxic workplaces was redirected towards our public service? As similar scenarios play out at stations across the system, would even a slight change in how we work together and treat each other create a tipping point to a tremendous change in what we do at work and how we feel about it? Could we see that the changes affecting public media are as much opportunities as they are threats?

New programs like Public Media Women in Leadership and CPB's Editorial Integrity and Leadership Initiative have launched in recent years to provide executive development to targeted groups within public media. Stations across the country are launching resource groups to provide grassroots support to their employees. These developments are exciting, and now is the time to do more.

To that end, I’ve joined with a diverse coalition of public media workers led by People of Color to launch Public Media for All. We are raising awareness about the negative effects of a lack of diversity, equity and inclusion in public media. And we’re sharing solutions that can be pursued by individuals and organizations. Because only when diversity, equity and inclusion at every level and in every facet of public media, can we ensure meaningful service to all.

As Martin Luther King wrote in his ‘Letter from Birmingham Jail,’ “There can be no deep disappointment where there is not deep love.”

It is from that very, very deep well of feeling that I call upon all of us to do more. Because of our deep love for this industry, Public Media for All declared November 10th a national day of activism and education. You can join the effort and get supportive resources by signing up. 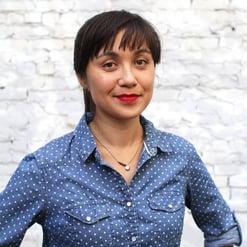 Sachi Kobayashi currently serves as Director of Member Acquisition at OPB. She has more than 15 years of experience in organizational development with a strong background in marketing, fundraising and community building working for startups, nonprofits and public media organizations.