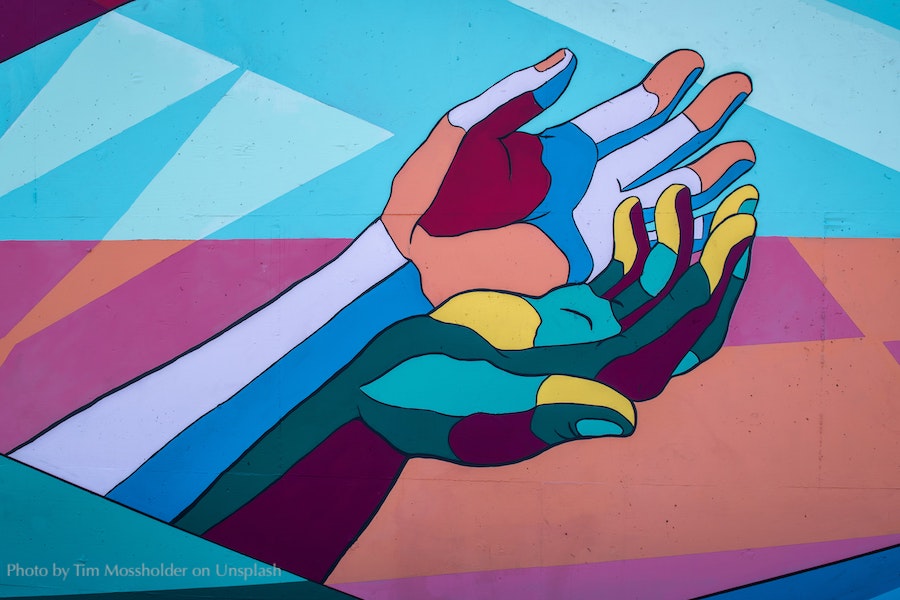 The Coronavirus Aid, Relief, and Economic Security Act (“CARES Act”) includes some provisions that could affect charitable giving. These changes are worth communicating to your donors, but should be done so in a way that is sensitive to the hardship and crisis that has become a reality for people around the globe.

The CARES Act provides incentive for a large number of individuals to make cash gifts to charity, where before they received no tax benefit from charitable giving. Non-itemizers (people who take the standard deduction on their income tax returns) are allowed an above-the-line deduction of up to $300 for cash gifts to qualified charities.

It’s also important to note that what was once the 60%-of-adjusted-gross-income (“AGI”) deduction limitation has now been temporarily increased to up to 100% of AGI for cash gifts to public charities. This means that donors making large cash gifts can completely offset their income for 2020.

END_OF_DOCUMENT_TOKEN_TO_BE_REPLACED

Three Easy Ways to Amplify Planned Giving at Your Station

For most organizations, the opportunity that awaits in planned giving is tremendous. It’s not uncommon for a station to have more interest from donors than there are resources to follow up on. The following suggestions come from the major and planned giving team at Wisconsin Public Television as part of the PMDMC 2018 session “Turn Up the Volume on Planned Giving.” These are a few simple ideas for how to capture and cultivate donor interest in planned giving.

Being truly donor-centric in everything you do extends to how conversations take place internally. Wisconsin Public Television has chosen to be conscious about how it refers to its donors, never focusing on “getting” a gift, but always on the donor’s act of “giving” a gift. Even choices in language help transmit your team’s values and can be felt by the donors you’re working with.

END_OF_DOCUMENT_TOKEN_TO_BE_REPLACED

KEXP didn’t expect that its first-ever realized bequest would also be the largest philanthropic gift in the station’s history and one of the largest estate gifts ever received by a public media organization.

The donor, known outside of KEXP only as Suzanne, out of respect for her desire to give anonymously during her lifetime, gave a gift of just under $10 million to the station through her estate plan. The planned gift was announced in April of this year and has been transformative for KEXP.

Suzanne had shared her intent to make an estate gift—although not the size or amount—with Betsy Troutman, KEXP’s Director of Development. Troutman says that Suzanne was a strong believer in the station’s mission to connect people and bring joy through the power of music. She had given generously, particularly during the station’s 2013 capital campaign. But, like many other KEXP donors, she was relatively young.

“I set it aside in my mind,” Troutman remembers of the conversation about estate planning. “I thanked her, of course. But I thought, well, there will be time to talk about that.”

END_OF_DOCUMENT_TOKEN_TO_BE_REPLACED 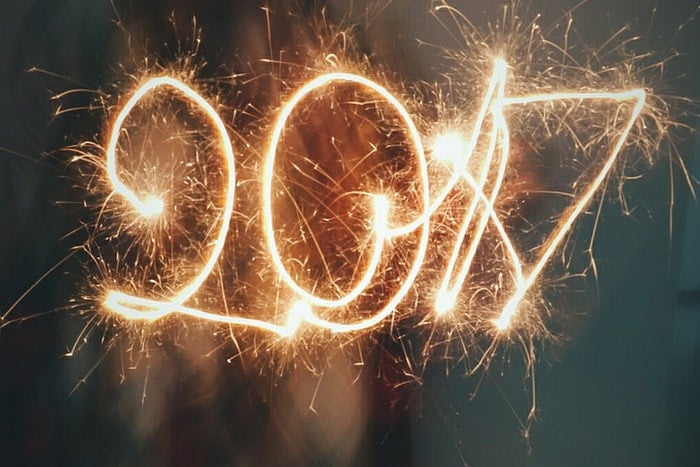 The holidays are a time for giving gifts to family and friends… and to nonprofit organizations. In fact, more money is donated during November and December than in other months. The numbers vary by survey, but nonprofits report anywhere from 30-50% of giving occurs during the holiday season.

Both the House of Representatives and Senate tax-reform bills that are being reconciled in conference committee will likely significantly change the way tax law governs charitable giving. There is speculation about how this would affect charitable giving overall. Once the law is finalized, we will provide comprehensive advice on how to approach this situation.

For now we recommend that you stay focused on the current tax deductibility of gifts and avoid speculative pitches or language when talking to donors. As with other legislative actions and threats, keep it simple and stick to the facts.

These six points will help you make the most of this vital year-end fundraising opportunity.

December 31st falls on Sunday this year. Prepare to accept gifts from your listeners on Saturday, December 30th and Sunday, December 31st. Make sure your shop is up and running in the same way it would be were these two critical fundraising days to fall on weekdays. Remind your listeners that you will be available to them even on the final weekend of the year.

END_OF_DOCUMENT_TOKEN_TO_BE_REPLACED

Four Ways to Make Estate Planning Easier for Your Donors

According to several national polls (like this one from Gallup), over half of American adults—and perhaps as many as 6 out of 10—don’t have wills. Everyone should have a plan, both for themselves and for loved ones. The reasons why many don’t range from discomfort with the topic, to simple procrastination, to a lack of information about how to start.

This week (October 16-22) is National Estate Planning Awareness Week. We can help our donors by giving them the information they need to get started with planning. Among this information is how charitable planning can help them as well as their public media stations and other charitable organizations they love most.

END_OF_DOCUMENT_TOKEN_TO_BE_REPLACED

Using the Art of Persuasion to Overcome Major Gift Challenges

Each new major giving prospect presents an opportunity to connect with someone's unique set of passions... and challenges. To do so, major gift officers must cultivate their persuasive abilities. These are techniques that convince people to do something that is actually quite unnatural: Give away money.

Anne Melvin, director of training and education at Harvard University, solicited case studies from stations and tackled some of the trickiest major donor predicaments  in her PMDMC 2016 session “The Science and Art of Persuasion." Her many strategic suggestions offer a catalogue of tactics that can be applied to

What do you do when a donor preempts the ask you were planning?

Problem: A major donor becomes interested in a station's new initiative that has a budget of about $400,000. The major gifts officer cultivates the donor's interest by inviting him to appropriate events and connecting him with the content lead on the project. The donor gets progressively enthusiastic about the new initiative. His wealth screen shows his capacity to give ranges from $100,000 to $500,000.

At a casual dinner, the donor proclaims he's so fired up about the new initiative that he wants to support it and encourages others to do so as well. Two days later, a check for $1,000 arrives from the donor. The major gifts officer hasn't even had the chance to make her ask. The donor is thanked for his gift, but a year has gone by and the officer still regrets that her ask was preempted.

END_OF_DOCUMENT_TOKEN_TO_BE_REPLACED

Giving Thanks for Planned Gift Donors

At this time of year, we reflect on the things for which we’re thankful. Do your planned gift donors know you’re grateful for them?

END_OF_DOCUMENT_TOKEN_TO_BE_REPLACED

Fall has arrived. Leaves have changed, the smell of pumpkin spice wafts through your local coffeehouse  . . . and your station probably is in one of its busiest times of year.

Take a moment, though, and think in the long term. Is planned giving one of the things for which you’re making time right now? It should be, because the rewards are significant. Here are five reasons to start investing more time and resources in marketing, cultivating, and soliciting planned gifts:

1. Bequests accounted for 9% of total charitable giving nationwide in 2015.

According to Giving USA: The Annual Report on Philanthropy for the Year 2015 (2016), $31.76 billion was given to charity by bequest in 2015, up 2.1% from the prior year. Did 9% or more of your organization’s charitable revenue come from bequests last year? If so, keep up the good work!  If not, there is a wealth of opportunity to pursue (and other organizations already are pursuing it).

Some fundraisers worry that once donors decide to include a charity in their wills, trust agreements, or beneficiary designations, they will stop making annual gifts. In my experience, this is generally untrue. In reality, donors who commit to a planned gift often increase their giving over previous levels.

Recent research by Dr. Russell James of Texas Tech University (based on a nationally representative longitudinal study) supports this. Dr. James found that donors who included a charity in their estate plans gave an average of $3,171 per year more to charity after including charity in their plans than they did before adding a charitable beneficiary.

When a donor includes your organization in their plans, they are more personally invested than ever in your ultimate success. If stewarded properly, they will continue to grow closer to your organization as time goes on and reward that closeness with larger overall support.

END_OF_DOCUMENT_TOKEN_TO_BE_REPLACED Strings Attached: What to Do When Donors Want to Restrict Bequests

What do you do when a donor wants to control the destination of a gift they intend to make through their will? Of course, we all prefer gifts of an unrestricted nature, but it's unrealistic to think we can direct each and every gift in the way we wish. Donors are growing more sophisticated and wish to have impact in areas about which they are most passionate.

If you know a donor wishes to restrict a gift before the bequest is included in the will, one of the most powerful tools your station can use is its gift acceptance policy. This policy will address which kinds of restricted gifts will be accepted, and provides the framework for a conversation about directing the support in ways that align with the station’s needs as well as the donor’s wishes.

University licensees: You can look to your university development office for your gift policy (get a copy if you don’t already have it). Community licensees: You’ll need to create your own. See our sample gift acceptance policy in the Greater Public Legacy Giving Toolkit for help.

Navigating the Desire to Restrict

If a donor inquires about restricting a gift, it’s a great opportunity to learn more about their intent. This is the time to sit down, face-to-face, to learn more about their interests and desires for their legacy gift. Explain your policies and offer ideas about how the donor can best support the station given what you’ve learned about what’s important to them. A donor may find it reassuring that your station’s board or a committee is responsible for formally accepting such gifts, and that great care is taken in identifying the area of greatest station need. Of course, this is a delicate negotiation and should be handled carefully, showing the utmost respect for the donor’s interests.

END_OF_DOCUMENT_TOKEN_TO_BE_REPLACED

Three Ways to Be a Better Major Gift Fundraiser This Year

The start of a year is always a great time for fresh thinking and new approaches to your work. And there is no better time to resolve to improve your major gifts fundraising program.