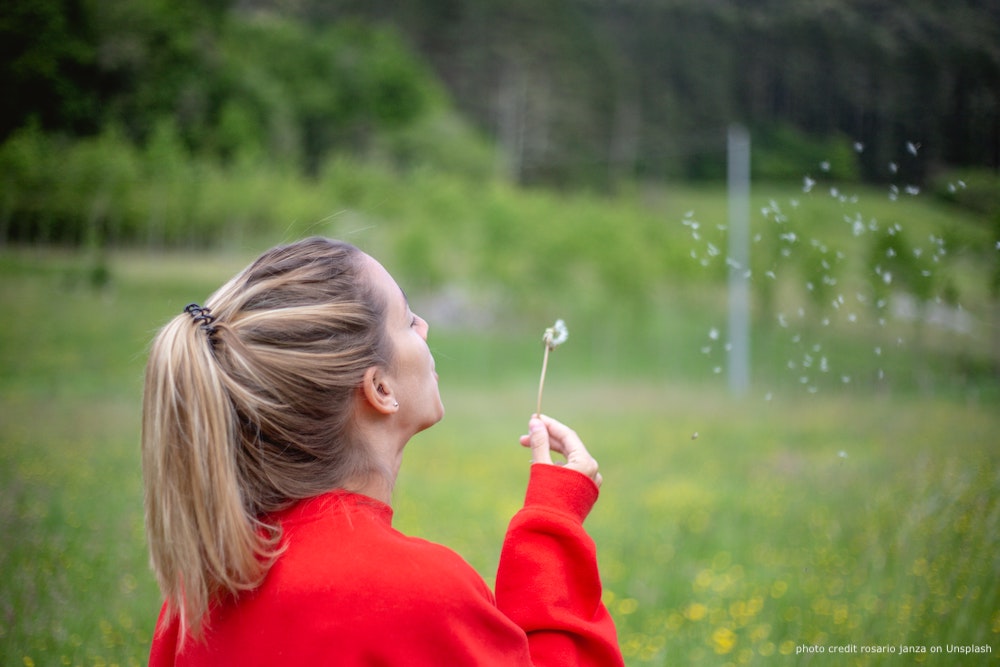 “Share of wallet” is defined in this context as the dollar amount a client spends with a particular advertising media. Radio, historically, has not asked for enough “share of wallet” compared to the unparalleled reach that radio offers. This year, if you change your expectations and your “ask," you can change your sponsorship revenue results.

END_OF_DOCUMENT_TOKEN_TO_BE_REPLACED

Corporate Support Strategy in the Coming Year: Telling a Client “No”

Q: What if you love the client, their passion, and idea, but you know their promotion will fail, which might damage their faith in the public radio audience or spread the virus. How would you handle that?

Jacobs: I have always believed that good news travels fast, but so does bad news. So if you allow a client to do the wrong thing, or something you believe won’t work, it’s incumbent on you to say something for a few reasons.

First, of course you want it to work for them. Second, if a credit sounds bad or inappropriate or simply doesn’t fit, all of your listeners will hear it, which reflects badly on the station. Third, if it fails, don’t assume the client won’t share that experience with others. Business people talk to other business people, and word spreads. So even if a client insists on doing it their way, you need to be on record as warning them, so in the event it doesn’t work, you might get a second bite of the apple to do it your way. If you don’t, it’s likely they will conclude that public radio doesn’t work and move on.

END_OF_DOCUMENT_TOKEN_TO_BE_REPLACED 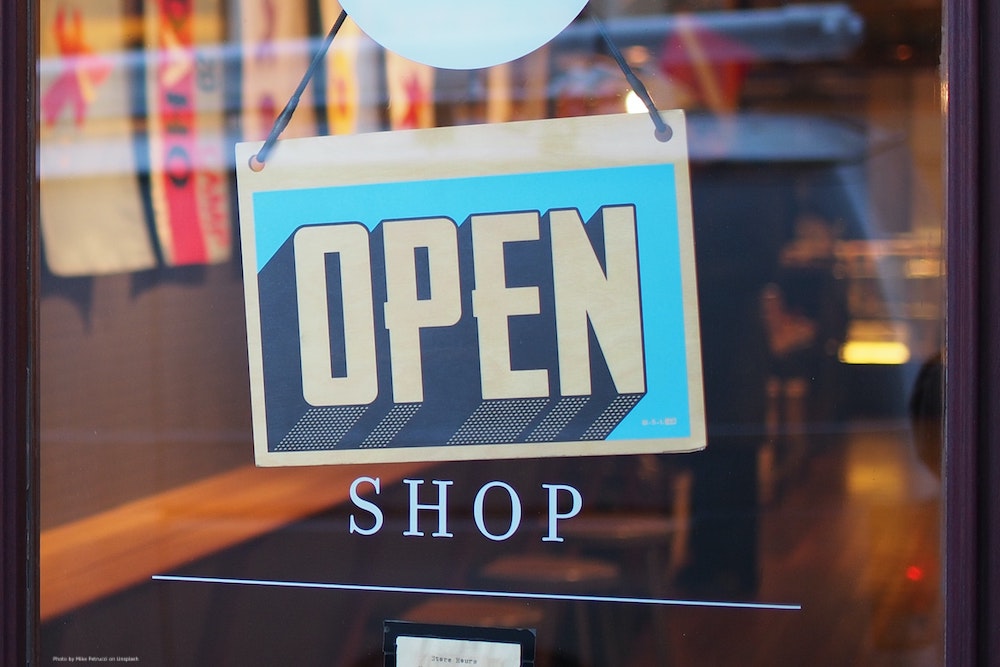 Q. You suggested on the webinar that stations should "promote local business.” I don't disagree, but is it legal for public stations to say 'shop local' on the air? And, even if legal, is it wise? Doesn't that undercut the messages from most if not all our national underwriters?

Jacobs: I’m the last person you should ask about legalities so I’ll leave that up to other smart people. Let’s face it, Amex does a ton of business with Target and Wal-Mart, and they just sponsored “Small Business Saturday.” Shopping local not only appeals to local businesses, it is in sync with your local audience. As media becomes more nationalized, there’s benefit to reminding the audience you are local and care about the community where you both live.

“Shop Local” can also take many forms. It doesn’t necessarily have to be on the air. It can be an online initiative. For example, Louisville Public Media calls their effort the “Sponsor Market.”

END_OF_DOCUMENT_TOKEN_TO_BE_REPLACED

Surefire Ways to Secure an Appointment With a Sponsorship Prospect

You’ve completed your research and believe you are looking at a company that is fairly likely to be interested in a public media sponsorship at this time.

What do you say when you call for an appointment?

Your goal is to create immediate interest for further discussion. Engage the prospect. It is that simple. Don’t try to sell them over the phone. Sales research has shown that you have between 10 and 30 seconds of attention span with which to earn the right to advance your call. This means you have to maximize the impact of every word.

Use your hard-won prospecting and researching. It is critical that the person on the other end of the phone know you have given some thought to why a public media sponsorship could help his or her company. Don’t use a canned speech! This is the opportunity to differentiate yourself by showing that you have an idea of the issues they are facing. Instead of saying, “This is so and so from WXYZ, would it be possible to meet with you to talk about how public radio and our online and digital media could help your business?” You should focus on specific business issues they might be facing.

The basic components of your opening statement should contain:

END_OF_DOCUMENT_TOKEN_TO_BE_REPLACED 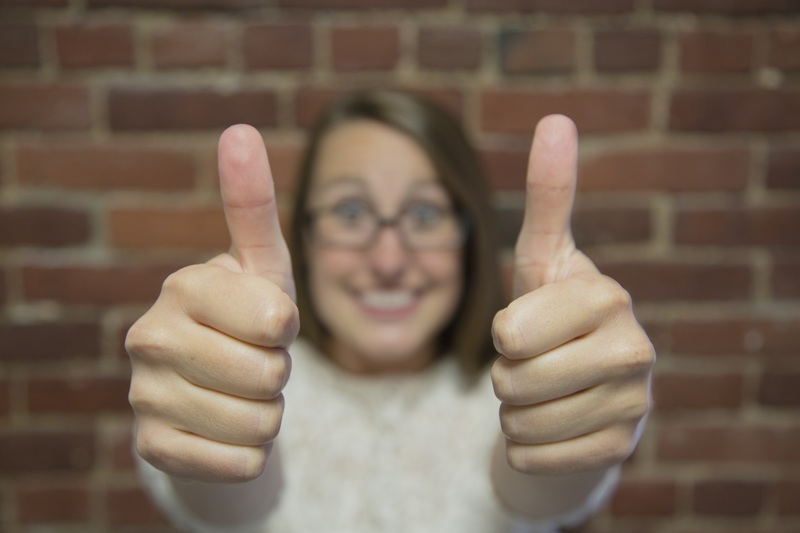 The Corporate Support Proposal That Most Often Leads to 'Yes'

Corporate support proposals are often thought of as a key part of the selling process. In fact, they are part of the implementation process. Your sales efforts will include the conversations you have with a prospect to understand what they want to achieve with a sponsorship, and how they are currently marketing to meet those goals.

The proposal is what comes next. It’s a written statement of the conceptual agreement you’ve already gained in your needs analysis with your prospect. When a proposal is done well, it’s easy to get to ‘yes.’

Before All Else: The Needs Analysis

If you have not reached a conceptual agreement and understanding with the client before presenting a proposal, your written document is unlikely to meet your client’s needs and may waste both of your time. A well-conducted needs analysis and meeting of the minds with your client before you write your proposal is the critical foundation for any proposal.

What Your Proposal Should Accomplish

The purpose of a proposal is to:

Additionally, your proposal can serve as a persuasive document that can be shared with others who have not been part of the decision-making process.

END_OF_DOCUMENT_TOKEN_TO_BE_REPLACED

The disruption to the public media underwriting landscape caused by the COVID-19 pandemic has been significant. These changes have opened opportunities to pivot how we do business in ways that could also have lasting benefits. Greater Public CEO Joyce MacDonald recently sat down with Paul Jacobs, VP/General Manager of Jacobs Media as part of the PMDMC Summer Series to discuss Here is some of their best advice to take on the challenges brought by 2020:

The businesses that support public media have been turned upside down, and the rules for how they can engage and message their customers are changing weekly. It’s as difficult for them as it is for us. Messaging has shifted from “come on in” to “go online.” E-commerce is the way forward and will drive companies’ marketing decisions and changing budgets for the foreseeable future.

This includes holiday shopping in Q4. In fact, the holiday shopping season has begun! Companies like Walmart and Target have already said they won’t be open on Thanksgiving Day. Like many companies - large and small - they are shifting their selling points to digital.

This means that those businesses without a digital plan are really scrambling, and that most likely includes some of the smaller businesses that buy local public radio. What can you do to help your local sponsors promote their e-commerce offerings and connect listeners to their online storefronts? Can you create a shopping guide for the holidays, a shopping app, or other specific sponsor-facing solutions? Check out this example from Louisville Public Media.

END_OF_DOCUMENT_TOKEN_TO_BE_REPLACED 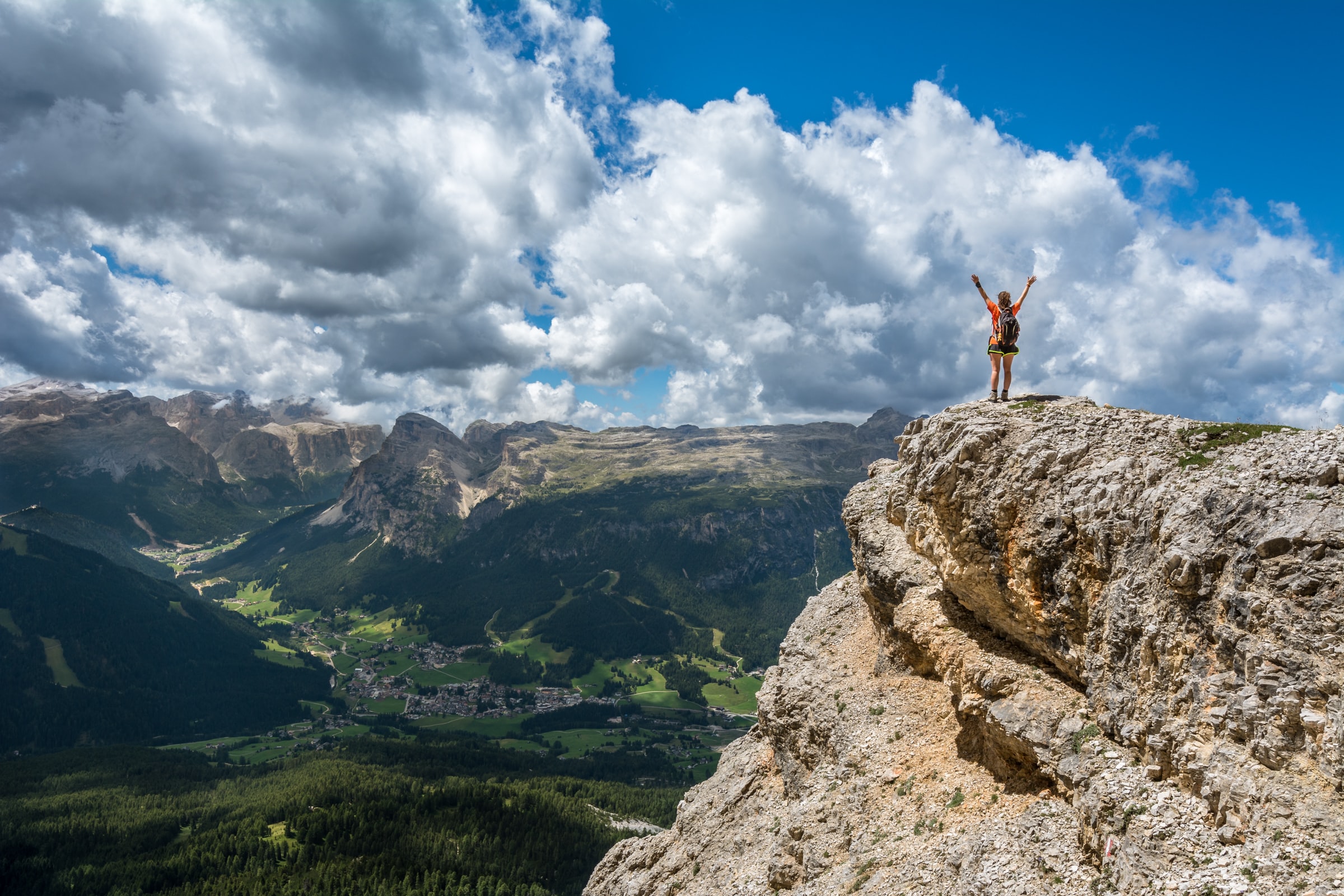 Upselling and Cross-Selling Your Underwriters

If your answer is “not enough of them,” then you’re missing opportunities to generate incremental revenue for your station through upselling or cross-selling.

Upselling means showing the value and encouraging the purchase of a related type of on-air media in addition to your underwriter’s current schedule. For example, an underwriter who is buying a “Run of Schedule” could also be a sponsor of one or more specific on-air programs (i.e. music, news, or public affairs).

Cross-selling is recommending that, in addition to their on-air schedule, your underwriter purchases complementary sponsorships like station events, online marketing opportunities, or other promotions. Taking a multi-media approach that includes various marketing opportunities will bolster your underwriter’s name recognition and top-of-mind awareness as they build upon the recognition they receive from their current buy.

Upselling and cross-selling is necessary to leverage more sales with your existing underwriters. While the two terms are often used interchangeably, both offer distinct benefits and can be effective when used in tandem.

END_OF_DOCUMENT_TOKEN_TO_BE_REPLACED 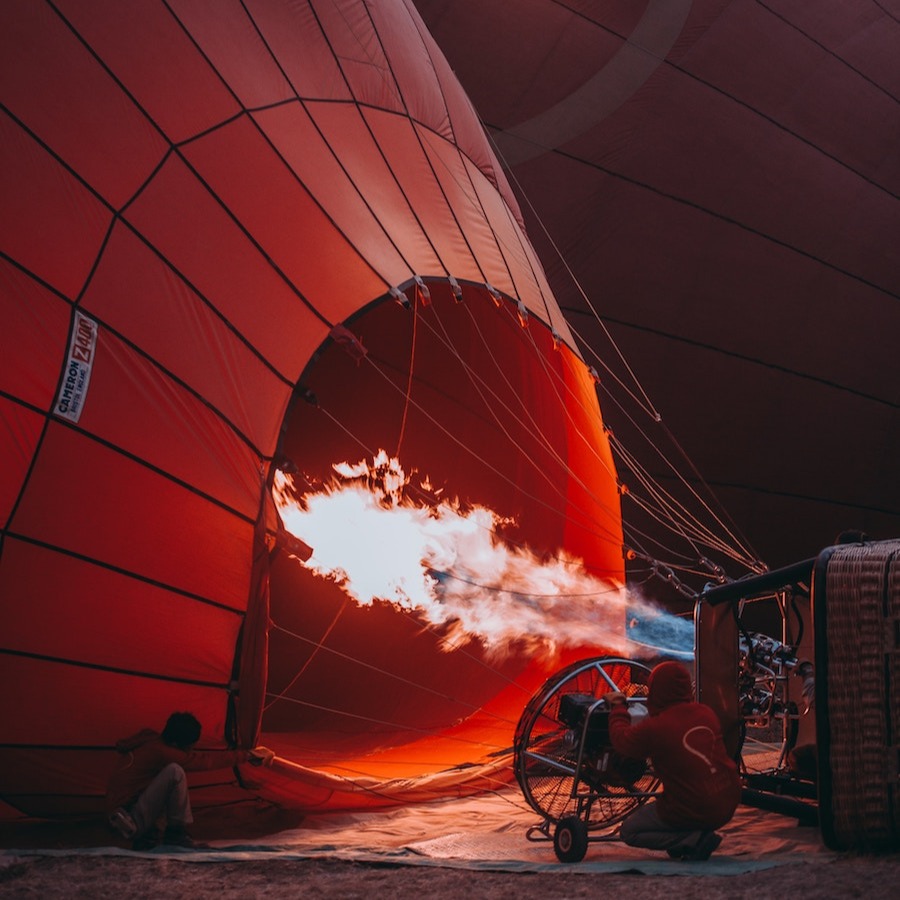 Prepare Your Sales Strategy for a Banner Election Year

As the election ramps up, all corporate support sales reps should feel confident that public media is going to have a banner year. The election year is expected to deliver larger than normal audiences to public media, similar to what we saw in 2016. Combine this with balanced reporting, lack of political advertising, and the qualitative nature of our audiences, and public radio is the place for smart marketers to be heard.

According to Nielsen Research, the 2016 election and aftermath provided the largest audience increase in history. The overall growth of the public radio audience since 2000 has been remarkable and the 2016 election brought even more new listeners, many of whom continue to listen. The expectation is that 2020 will provide another bump in ratings.

For music stations,  there are signs that news fatigue has set in... to some extent. It would be smart for music formats of all types to position themselves as havens from the barrage of news and political advertising. Whether it’s classical, jazz, or AAA, music is a force that brings people together. Sponsors should appreciate that in 2020!

What is your strategy?

END_OF_DOCUMENT_TOKEN_TO_BE_REPLACED As a salesperson, you probably don’t analyze data like your manager does. You may not know how to access data easily and wonder what you’d want to do that for anyway. After all, that’s not your job, right?

I beg to differ. Having been “on the streets” for most of my career, I know how hard it is to get new clients on the air. I know how time-consuming it can be to find good prospects, and how frustrating it can be to fall short of an annual goal at the end of the year; there goes my bonus!

Well, data can help you! There are several things you can analyze on your own throughout the year to help you find new prospects and stay on-track.

END_OF_DOCUMENT_TOKEN_TO_BE_REPLACED 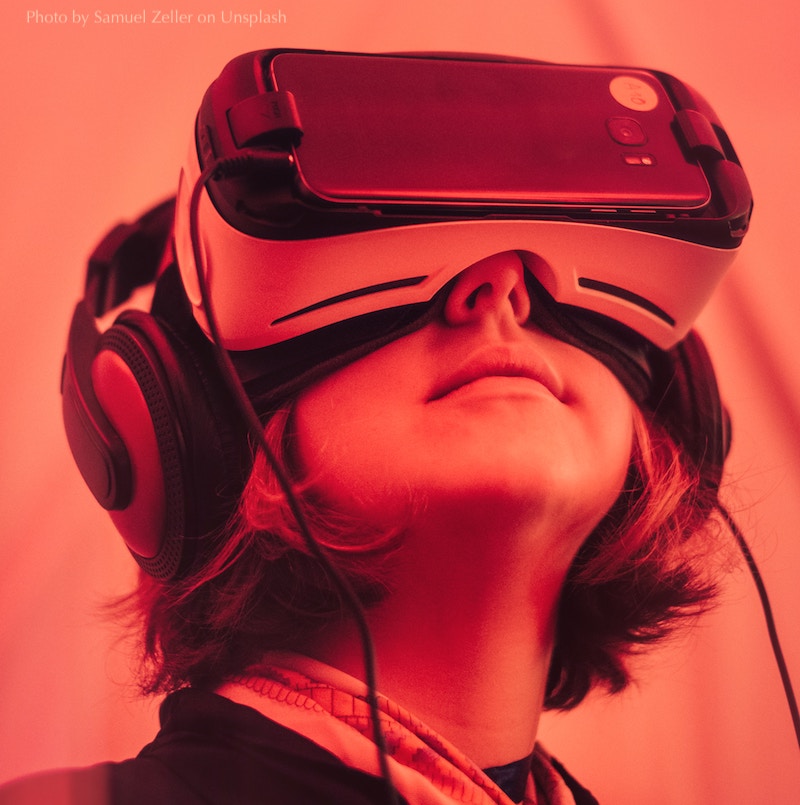 Staying on Top of Trends in Advertising and Marketing

When I started working in sales in commercial media, about the year 40 BC (Before Computers), it wasn’t uncommon to ask a prospective advertiser for recent copies of the trade magazines they subscribed to. That was how almost every salesperson learned about the prospect’s industry and business. Back then the prospect was willing and had time to talk about it with sales reps.

Now, prospects are bombarded by media sales reps. Think about it. In almost every city there may be about 30 salespeople representing various radio and TV stations, and a half dozen or so from the daily, local, and business papers. Add in another dozen sales reps from billboard companies, direct mail and marketing businesses, cable TV, and online marketing companies. It’s easy to understand that a business owner or their marketing person is being called on by dozens of media sales reps every month. Businesses don’t have the time to educate every salesperson about their business, nor should they have to do that. That’s our responsibility.