After its spring 2021 pledge drive, Chicago’s WBEZ-FM realized it had a problem. Although the station was making its goal for one-time donations, it was missing the mark for sustainer memberships, a factor that could be attributed to the COVID-19 pandemic.

Revenue from sustainers is critical. At WBEZ, it accounts for more than $7 million of its $13 million annual membership budget, representing more than 60% of its donor base. Amy Wielunski, vice president for WBEZ Membership, could see that a sustainer downturn was starting to persist over time, something the station could not afford to ignore.

“During the pandemic, we noted that pledge drives were effective in generating one-time donations,” says Wielunski. “We were meeting our budgetary goals for our drives, but were falling short in the number of sustainers per pledge drive. We knew we had to do something about it.”

Which is why WBEZ developed a digitally-driven, sustainer-focused campaign, with a goal of hearing from 500 sustaining members. This could be achieved by attracting new members; encouraging existing sustainers to increase their monthly contribution; and incentivizing one-time donors to become sustaining members. The campaign was marketed through web ads, on-air spots, live anchor reads, emails, text, and social media.

Check out the email timeline and copy, text campaign, ads used, and an on-air promo.

To ensure results, WBEZ capitalized on two national events: The United Nations’ annual World Press Freedom Day, which is an initiative to strengthen and promote journalism as part of the public good, and advance transparency; as well as NPR’s 50th anniversary.

“World Press Freedom Day resonated with us as something we could anchor a campaign around,” notes Wielunski, who has promoted this event in past campaigns. “We also figured we could build World Press Freedom Day around NPR 50, and when we saw NPR’s design and logo, we reached out and asked if we could use them to create an incentive gift. NPR said, ‘Sure, go ahead.’” 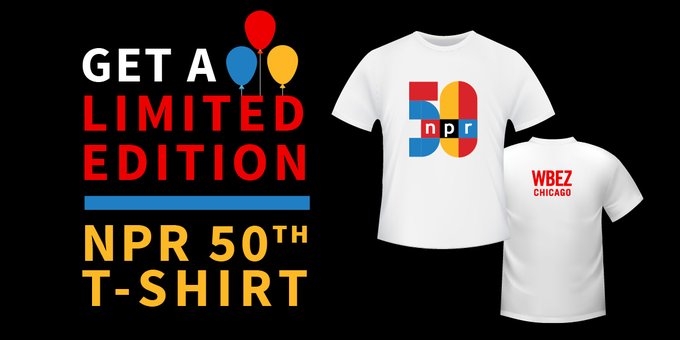 WBEZ also knew it needed to keep attention squarely on building its sustainer base, not one-time gifts. This meant that WBEZ needed to make one minor modification to the membership form: removing the “one-time donation” button from the form for the entire duration of the drive. Wielunski worried the change had the potential to alienate some of WBEZ’s loyal members.

“We weren’t sure how it would go and were afraid we might get some pushback,” she explains. “Our membership team did all it could to accommodate those making one-time gifts. Still, the purpose of the campaign was made clear; the sustainer plan was the only way to get the gift incentive.”

Such careful attention to detail paid off for WBEZ as the campaign got underway and the station made its initial goal early on. Thankfully, they had a contingency plan in place that helped keep listener enthusiasm high.

“We launched the campaign with a goal of 500 sustainers and met it within three days of the week-long campaign,” remembers Wielunski. “We had in our back pocket a $10,000 challenge grant from a major donor and determined we’d launch this challenge to see if we could get another 500 members to unlock the grant.”

The biggest win was the more than the 1,200 sustaining members who responded. But they also created a cross-collaborative effort among departments and staff, including at least 20 individuals from teams across the station who worked toward the shared goal.

“One of the things I’ll say about the team is that they work incredibly well together,” Wielunski points out. “They make it seem so easy that people think it’s easy. Yet, there’s a lot of time and thought that goes into every decision that’s made and everything has a contingency plan. We have an instinctive ability to work together toward a common goal: new experiences that are engaging and enjoyable for our audience, and successful for us. I also think we made the initial goal so quickly because it was really a highly coordinated campaign."

The drive raised $125,000 in annualized sustainer funding from a total of 1,230 donations. 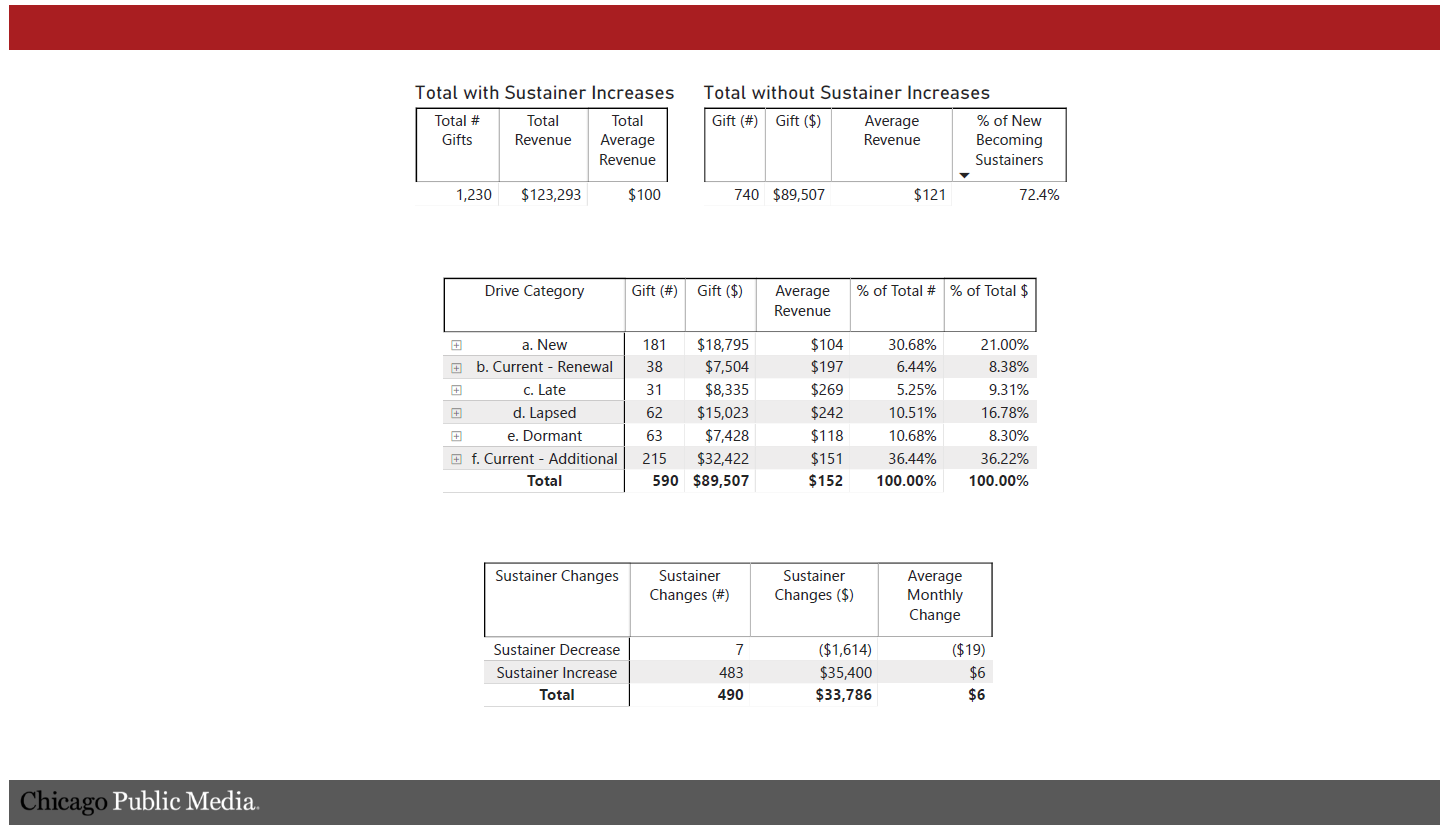 “We wanted to make a significant impact on the reliable revenue that comes from sustainers, and I feel we did just that,” says Wielunski.

She adds, “I think there are lessons that can be learned from it that we intend to apply to similar digital-first campaigns.”

One vital lesson WBEZ learned was to keep its eyes on the prize: increasing sustainer members. The WBEZ membership form offered only one option, to become a sustainer, and only one thank-you gift, the NPR 50th T-shirt, for those giving $10 or more per month. Wielunski also liked the results from aligning WBEZ’s campaign with NPR’s anniversary, pointing out that this is one of the steps that smaller stations with fewer staff also can do.

“Leveraging the NPR campaign to amplify local efforts was a winner for us, especially on social media,” she says. “Spots produced by NPR helped us cut down on our internal production load, and we built off the messaging and language that already existed for both NPR50 and World Press Freedom Day. For teams of any size, though, it’s helpful to identify what already exists that you can build from, and not feel like you need to reinvent the wheel.” Some of her suggestions:

For Wielunski, the biggest risk they took was the temporary removal of the “one-time donation” option from the online form for the 8-day campaign. The move worked, and now Wielunski suggests other stations take heed.

“Don’t be afraid to take the risk of trying something new,” stresses Wielunski. “That was the biggest concern we had, but we decided to try it and we monitored it closely. We knew that the decision was going to cause extra work, but everything turned out well. So, be bold and take that calculated risk. Sometimes it will pay off. For us, it was the right decision to make.”