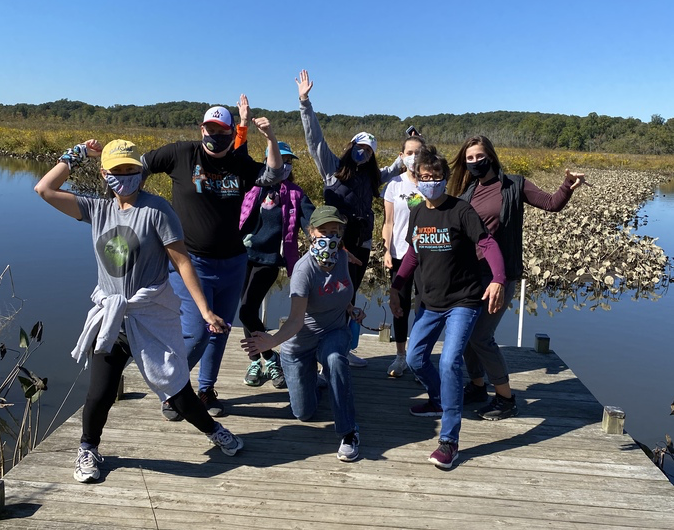 Since the start of the COVID-19 pandemic, events have gone virtual. From screenings to concerts and 5k runs, we’ve all been scrambling to figure out the best way to transition to this new model.

Last fall, WXPN successfully did just that, for its Musicians on Call campaign, in partnership with a national organization by the same name. The results were impressive, particularly when it came to participation. With approximately 200 more participating in its annual 5k fundraiser this time, many were listeners who lived too far from Philadelphia to join past runs, but were signing up now.

“We’re a big supporter of the local music community,” says WXPN’s Director of Marketing, Kimberly Winnick, who is responsible for raising funds for the program. “It’s one of the reasons we got involved with Musicians on Call. Our mission is to connect artists and audiences, and build, serve and engage the community. With a large community of local musicians and passionate volunteers, we knew we could build and sustain the volunteer staffing needs for this program. It’s a perfect fit for us.”

Musicians on Call, or MOC, was launched at WXPN in 2004. Fundraising began in 2014 with the 5k event, in order to cover the services provided by the Musicians On Call organization, that works with the hospitals to book artists and coordinate their visits. Funds also are used for WXPN’s related staffing costs.

It’s music with a purpose. In fact, one patient once described MOC as being visited by angels, who volunteer out of love, touching the hearts of many, including WXPN listeners and the greater community. In the process, MOC helps patients find joy and comfort through song.

Approximately 150 volunteers participate in 11 programs a week at nine area hospitals. These volunteers visit the rooms of up to 30 patients at a time, but since the pandemic, the program became virtual. Fundraising had been in person, too, but COVID changed that.

“We stopped going into hospitals,” explained Winnick. “But we still needed to raise funds. The net revenue is primarily used to cover the staffing that supports the program, both at WXPN and for our partner. In typical years, we’ve also had additional expenses related to volunteer appreciation, promotion/awareness building, and other fundraising expenses.”

After consulting with RunSignup, an organization that has held over 17,000 races for nonprofits, WXPN decided to move forward with holding a virtual 5k run in order to help them raise much-needed operating funds.

Here are six takeaways from the event that add up to a recipe for success:

1. Identify an organization with plenty of experience in running virtual races:

WXPN partnered with RunSignup, an organization whose founder, also a runner, had been frustrated with other online registration sites. He and other tech professionals worked to ensure RunSignup was easy and efficient to use.

Winnick and her team agreed, satisfied to know that if they hit any speed bumps along the way, RunSignup would be available to guide them through.

2. Expand Participation for an Entire Week & Add a Dash of Community Spirit

WXPN set up the program so that participants had a one-week span to do a run or walk.

“Anyone could choose anytime to do the run,” adds Winnick. “They could watch a video we provided, do the yoga stretch, and then go on their run or walk.”

Although the focus was virtual, participants came together for some fun, community spirit. No one needed to feel they were going it alone as they were encouraged to post their times to an online leaderboard, track their racing information, and share photos of themselves wearing their official 5k tees. It was a tool that worked, with the aim of creating a sense of camaraderie.

3. Explore Ways to Transition In-person Activities to Your Virtual Space

Sports events often begin with the National Anthem. WXPN addressed this by producing a 16-minute video for registrants. It began with a relatively easy yoga-stretch suitable for all ages, followed by a performance of the National Anthem by Lauren Hart, a singer who helped launch the program as one of the first musicians to volunteer.

4. Make Sure to Work Out a Budget for Your Virtual Event

Virtual events aren’t free, but they can be cost effective. WXPN created a budget and ended up spending about the same for the in-person event in 2019, as it did for the virtual version held last fall. While there was no need to pay to have paramedics on standby, they did need to allow for shipping packets to the participants. New this year, they also purchased MOC masks for registrants, which proved a popular addition to the packets.

5. Entertain Registrants with Music They Love

Past in-person events were traditionally followed by an 80s dance party. For the virtual event, one of the program’s longtime supporters and beloved musicians, Amos Lee, held a special concert for registrants only, and an 80s Spotify playlist was a nice compromise for the dance party.

6. Encourage Runners to Support the Cause

In past years, WXPN left it up to registrants to determine whether they wanted to participate in the fundraising effort. For the virtual version, as WXPN wasn’t sure whether it would reach its goal, fundraising was heavily promoted to individual runners and teams. The outcome exceeded WXPN’s expectations, as registrants raised twice as much as they did in 2019, when the amount raised was $35,000.

This time around, $71,114 was raised by all the participants, including a $25,000 gift from a local foundation. One of the running groups, Team Rave On, raised funds in honor of MOC’s work, becoming the top contributors with $32,961.

It’s been about six months since the virtual event was held last October and Winnick is still pleased with the results.

“We started off being really unsure, and decided not to be afraid to try something new and different,” Winnick admits. “That’s the greatest lesson. We discovered, too, that people really do want to help and share what they’re learning. Best of all, our community really rallied.”

In the end, WXPN was looking for a new way to operate in the midst of a pandemic. Along the way, they found that the virtual 5k opened up new doors for WXPN listeners, especially those who live outside the Philadelphia area. While the station is waiting to determine the format for the next 5k, one thing is likely: Winnick hopes to offer a virtual component, drawing on lessons learned from the first one. After all, WXPN’s goal is to give everyone a chance to participate.